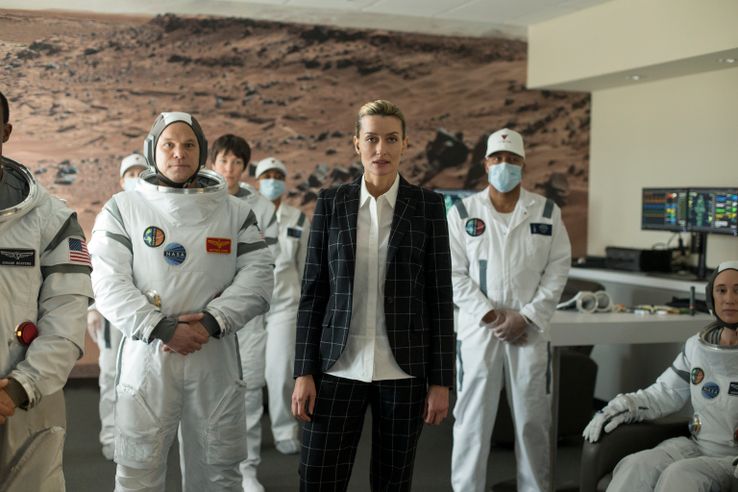 “Sean Penn leads an ensemble cast in this near-future drama about a crew of astronauts attempting to become the first humans on Mars. Under the direction of visionary aerospace magnate Laz Ingram (Natascha McElhone), the crew contends with peril and personal sacrifice as they undertake the greatest pioneering feat in human history.”

Hulu delivers a batch of first-look images and a premiere date for its new drama The First, from creator Beau Willimon, starring Sean Penn and Natascha McElhone. The upcoming series tells the story of humankind’s first manned expedition to Mars, taking a more grounded approach to the narrative by focusing on the personal and professional aspects of such a mission, not to mention the huge technical challenges and life-threatening risks that come along with such a monumental endeavor. In essence, the series sounds a bit like The Right Stuff, but centered on humankind’s first manned trip to another planet.