Helicopters Flying at Mars May Glow at Dusk 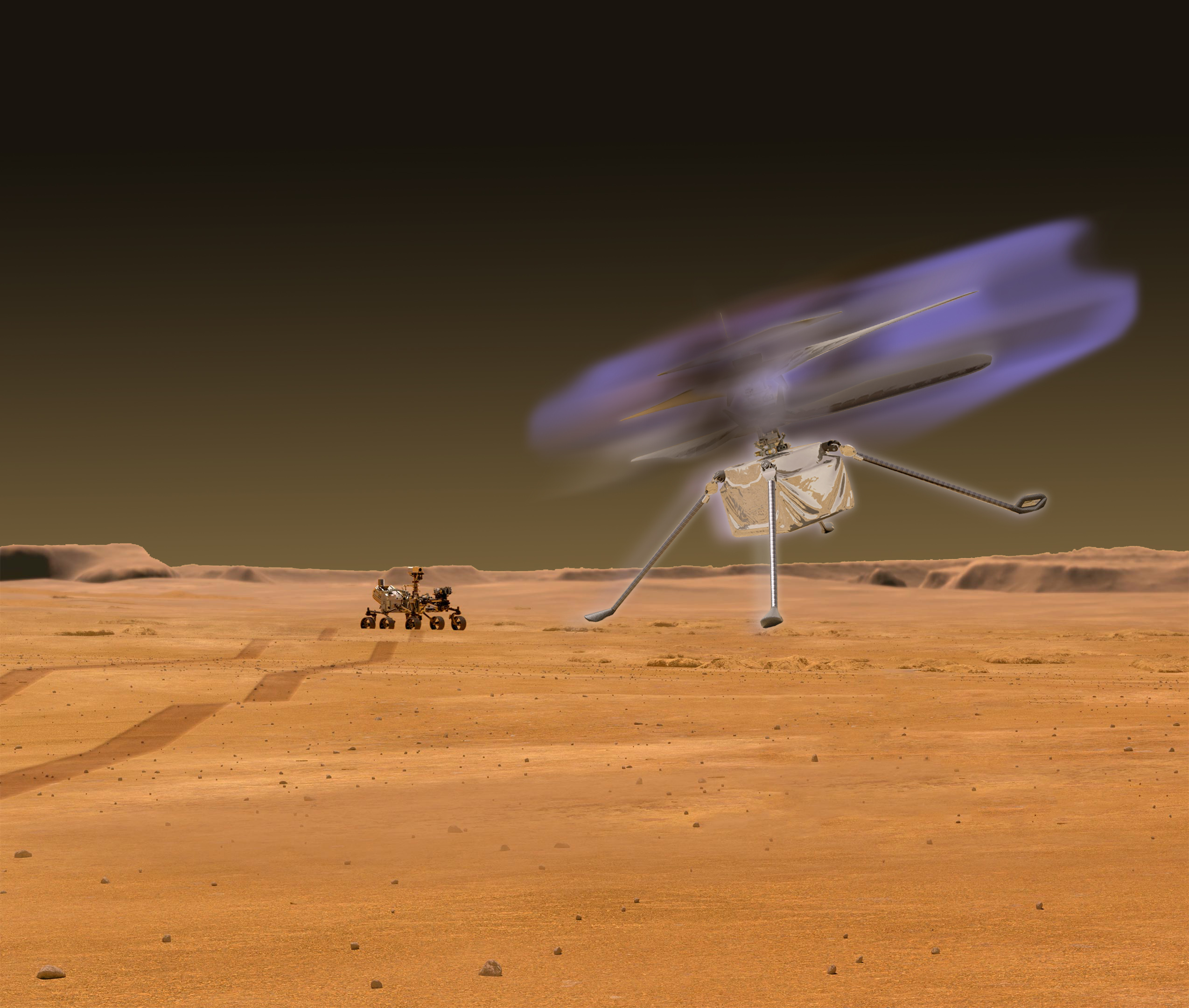 This is an artist’s concept of a glow surrounding a drone at Mars during flight. The glow, exaggerated for visibility, might happen if the drone’s spinning rotor blades generate an electric field that causes electric currents to flow in the Martian air around the craft. Although the currents generated by the drone in the atmosphere are small, they might be large enough to cause the air around the blades and other parts of the craft to glow a blue-purple color.
Credits: NASA/Jay Friedlander

The whirling blades on drones flying above Mars may cause tiny electric currents to flow in the Martian atmosphere, according to a NASA study. These currents, if large enough, might cause the air surrounding the craft to glow. This process occurs naturally at much larger scales on Earth as a corona or electrical glow sometimes seen on aircraft and ships in electrical storms known as Saint Elmo’s Fire.