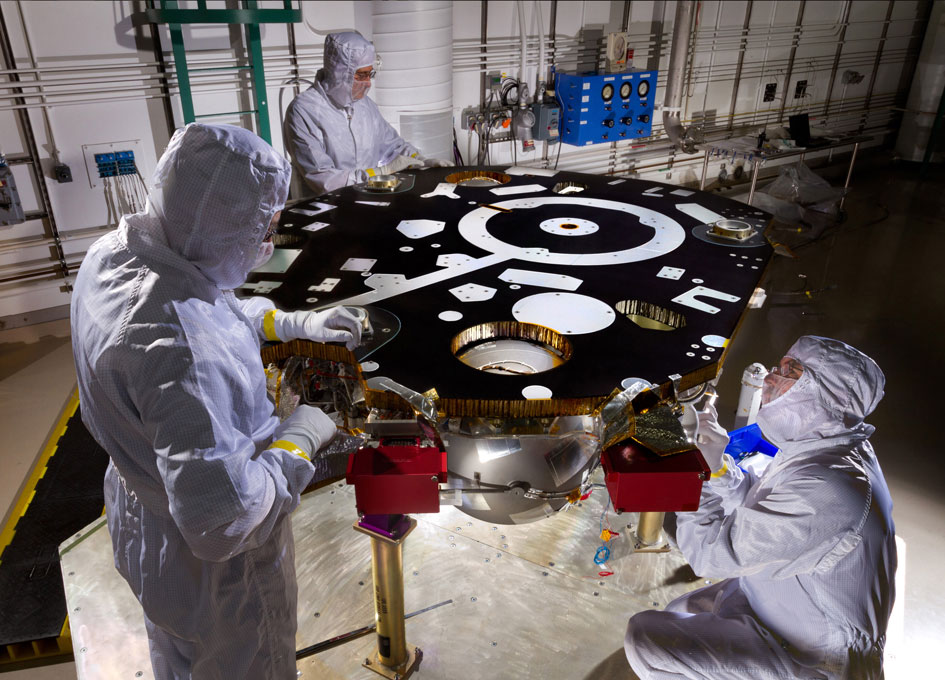 Lockheed Martin has started the assembly, test and launch operations (ATLO) phase for NASA’s InSight Mars lander spacecraft.
The InSight mission will record the first-ever measurements of the interior of the red planet, giving scientists unprecedented detail into the evolution of Mars and other terrestrial planets. InSight is scheduled to launch in March 2016. “The InSight mission is a mix of tried-and-true and new-and-exciting. The spacecraft has a lot of heritage from Phoenix and even back to the Viking landers, but the science has never been done before at Mars,” said Stu Spath, InSight program manager at Lockheed Martin Space Systems. “Physically, InSight looks very much like the Phoenix lander we built, but most of the electronic components are similar to what is currently flying on the MAVEN spacecraft.”