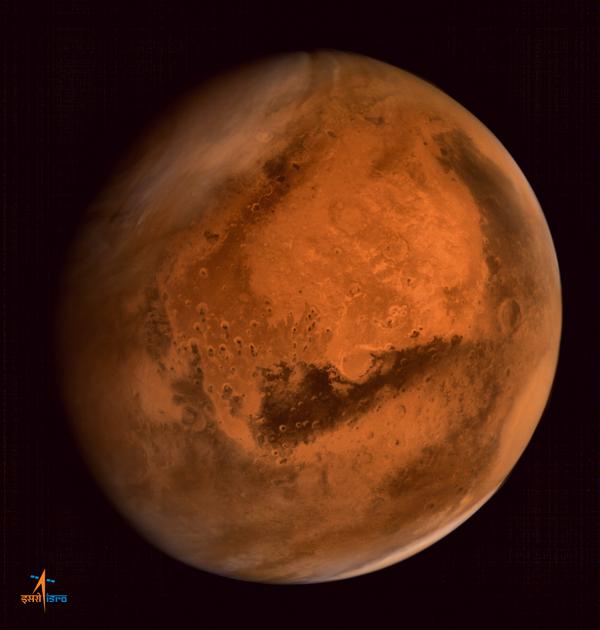 The full image of Mars shown in the latest of a series of photos from India’s Mars orbiter has generated much interest within the country and in planetary circles.
While those at home chose to see an image of India on the Martian surface, at the Planetary Society the image has been welcomed for its superior detail, coming years after Hubble clicked one 11 years ago.
“A data set unlike any generated before by any other mission, the MOM’s pictures should inform public perception of Mars for years to come’, says the report.