The Amazingly Creepy Way Mars Will Kill One of Its Moons 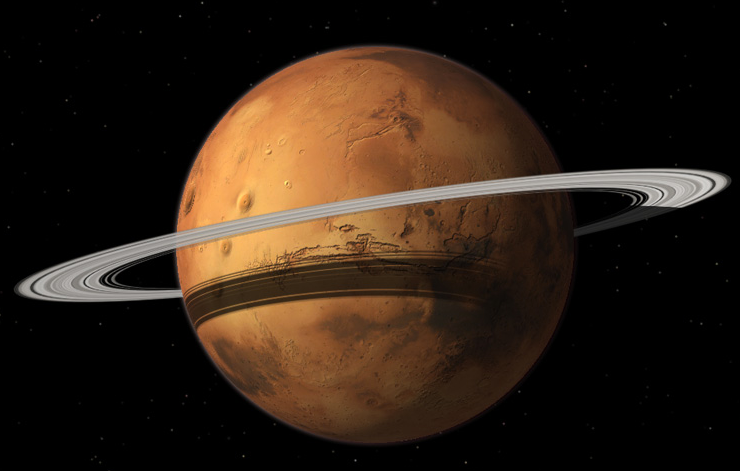 It was a rough month for Phobos, as astronomers decreed—yet again—that Mars is ripping its lumpy moon apart. But apparently, Phobos’ loss is the Red Planet’s gain. After the satellite is torn to pieces, its fragments will fan out into a disk and 20 million years from now, Mars will become a ringed planet.

That’s the conclusion of a UC Berkeley-led study published this week in Nature Geoscience, which takes Phobos’ violent demise to an unexpectedly beautiful conclusion. But this little moon’s fate is more than just a cosmic curiosity. Rather, the researchers argue that Phobos could be a window into the origin of ring systems throughout the Solar System and beyond.