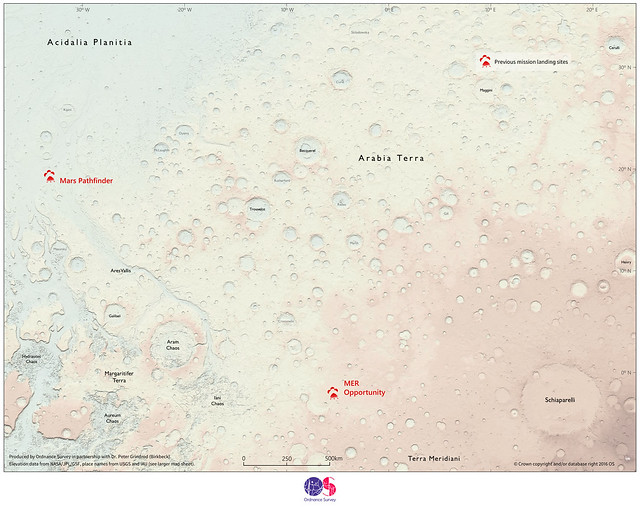 The map – posted to Flickr on Friday – covers 3.8m sq miles or approximately 7% of the red planet’s surface. It was produced to a scale of one to 4m.

The landing sites of past rovers are featured on the map, including the Mars Pathfinder in north-west Ares Vallis and the Opportunity rover, east of Margaritifer Terra.

Cartographic designer Chris Wesson “designed the map over a couple of months”, according to the Ordnance Survey blog. It is the first landscape the agency has mapped from another planet.