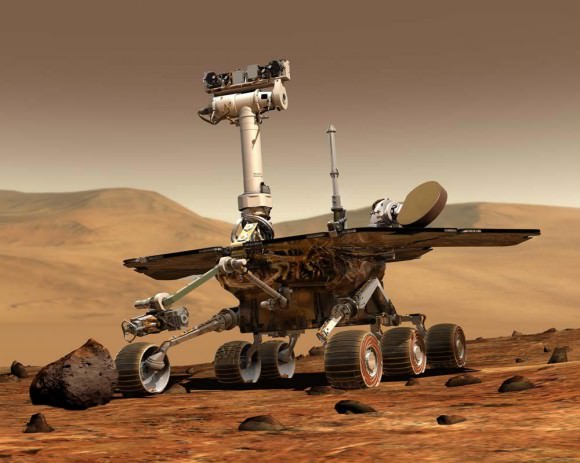 When the Opportunity rover landed on Mars on January 25th, 2004, its mission was only meant to last for about 90 Earth days. But the little rover that could has exceeded all expectations by remaining in operation (as of the writing of this article) for a total of 13 years and 231 days and traveled a total of about 50 km (28 mi). Basically, Opportunity has continued to remain mobile and gather scientific data 50 times longer than its designated lifespan.

And according to a recent announcement from NASA’s Mars Exploration Program (MEP), the rover managed to survive yet another winter on Mars. Having endured the its eight Martian winter in a row, and with its solar panels in encouragingly clean condition, the rover will be in good shape for the coming dust-storm season. It also means the rover will live to see its 14th anniversary, which will take place on January 25th, 2018.

At present, both the Opportunity and Spirit rover are in Mars’ southern hemisphere. Here, the Sun appears in the northern sky during the fall and winter, so the rovers need to tilt their solar-arrays northward. Back in 2004, the Spirit rover had lost the use of two of its wheels, and could therefore not maneuver out of a sand trap it had become stuck in. As such, it was unable to tilt itself northward and did not survive its fourth Martian winter (in 2009).