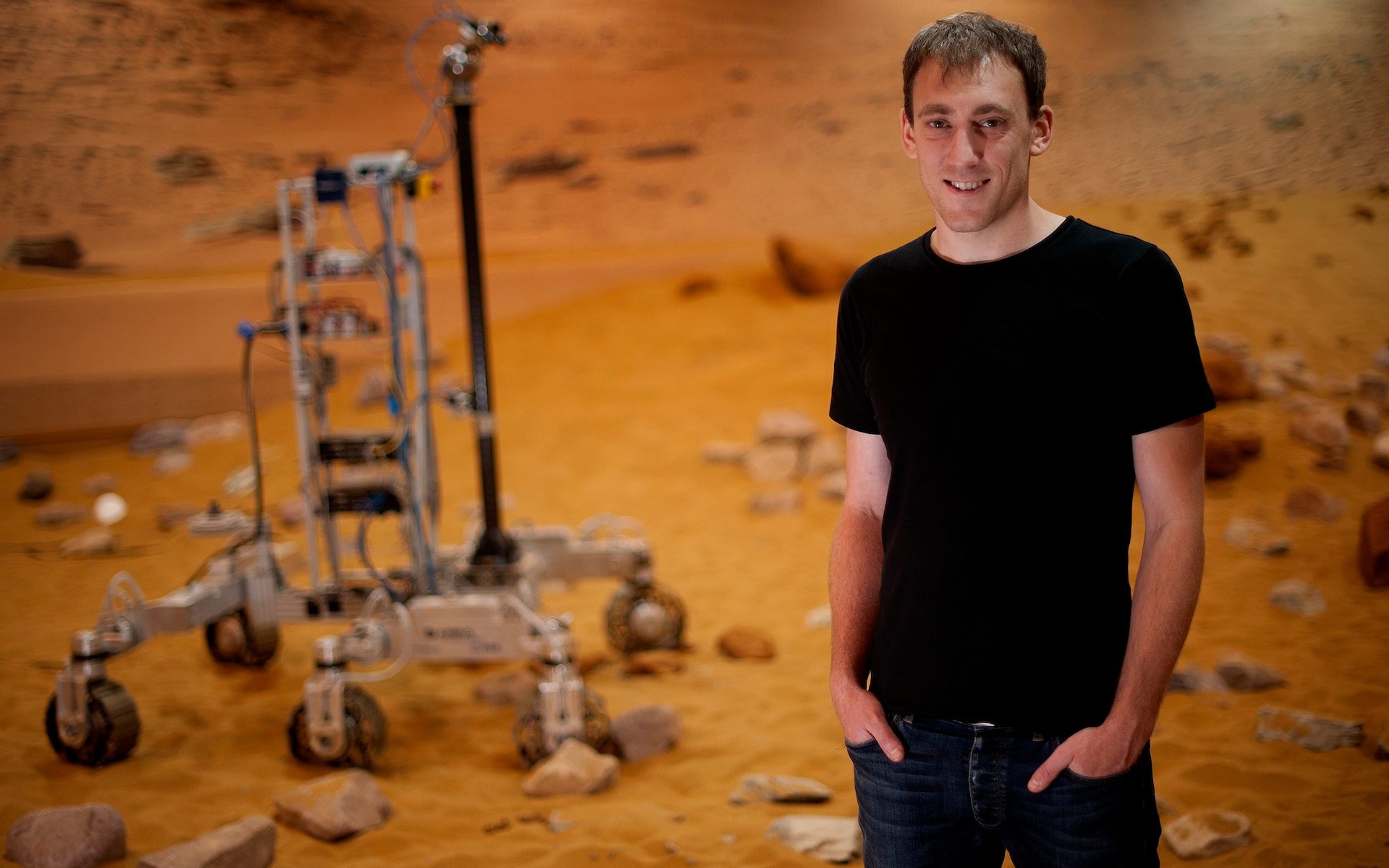 Alastair Wayman with the Mars rover at Airbus in Stevenage, Herts CREDIT: EDDIE MULHOLLAND FOR THE TELEGRAPH

British scientists are launching a daring mission to Mars to bring back samples of Martian soil which could prove that life once existed on the Red Planet.

In 2020, Nasa’s new rover will land on Mars and begin drilling down into the surface for core samples.

But it is experts at Airbus in Stevenage, Hertfordshire, who have been tasked with getting the precious cargo back to Earth.

The team is currently designing a second rover which will launch in 2026 to collect Nasa’s samples, load them onto a rocket and fire them up into orbit to be collected by a spacecraft and brought home.