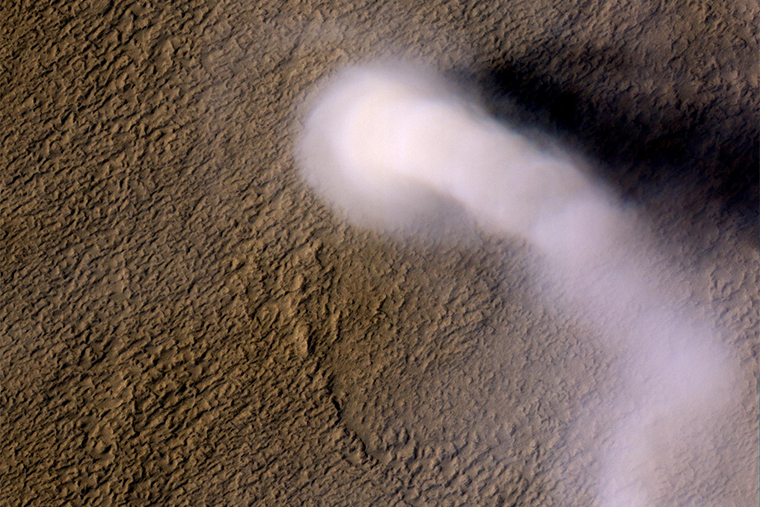 The zip of electricity in Martian dust storms helps to form the huge amounts of perchlorate found in the planet’s soils, according to new research from Washington University in St. Louis.

It’s not lightning but another form of electrostatic discharge that packs the key punch in the planet-wide distribution of the reactive chemical, said Alian Wang, research professor in the Department of Earth and Planetary Sciences in Arts & Sciences.

“We found a new mechanism that can be stimulated by a type of atmospheric event that’s unique to Mars and that occurs frequently, lasts a very long time and covers large areas of the planet — that is, dust storms and dust devils,” Wang said. “It explains the unique, high concentration of an important chemical in Martian soils and that is highly significant in the search for life on Mars.”

The new work is an experimental study that simulates Martian conditions in a laboratory chamber on Earth.