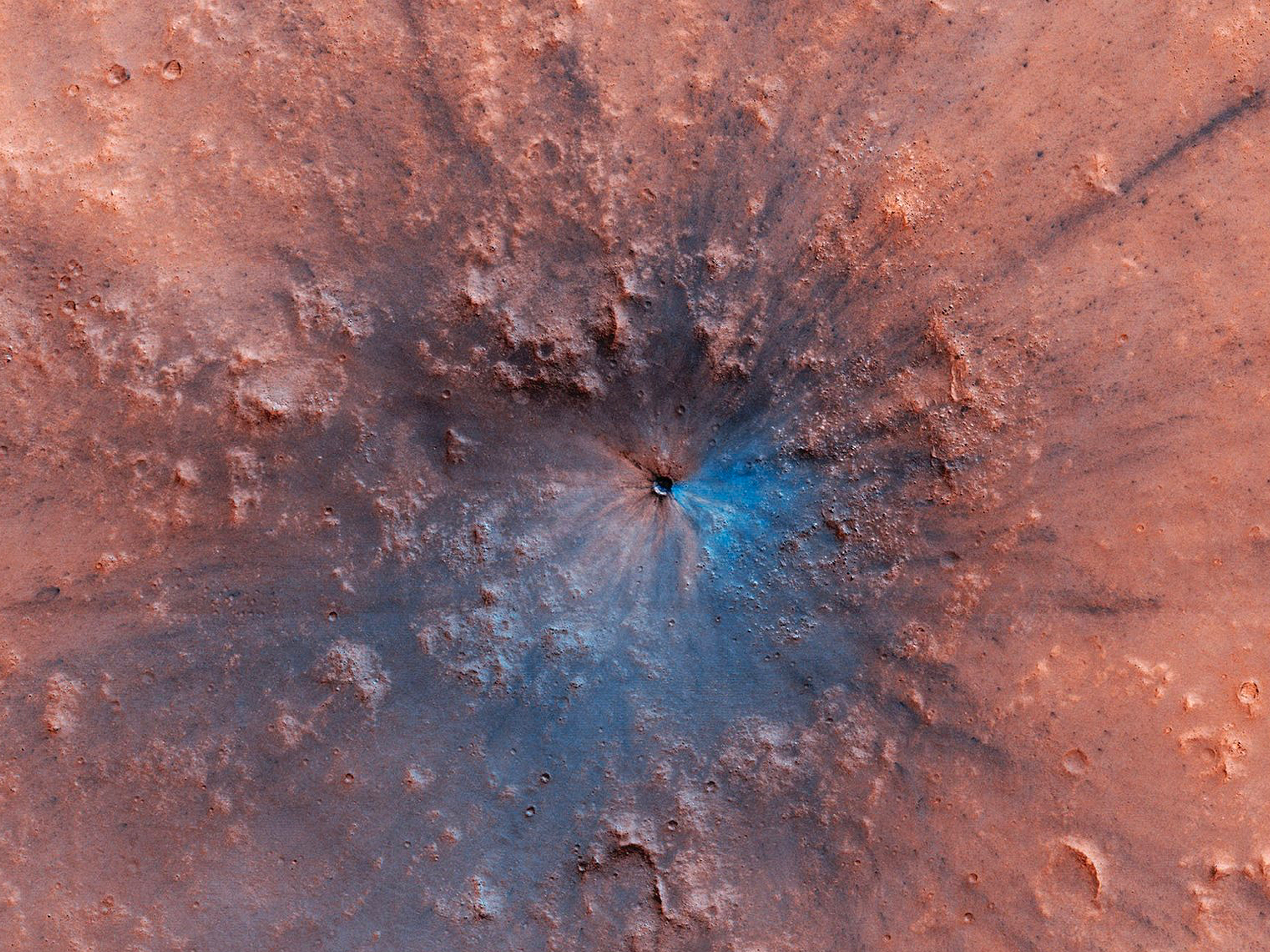 Mars recently received a hard “punch” when a small space rock hurtled into the Red Planet’s surface and created a new impact crater that looks like a black-and-blue bruise.

The impact crater, which is estimated to be 49 feet to 53 feet in width, was captured in a new image from NASA’s Mars Reconnaissance Orbiter (MRO), Space.com reported. The MRO, which has been analyzing Mars for more than 13 years with its High Resolution Imaging Science Experiment (HiRISE) camera and its lower-resolution Context Camera (CTX), snapped a HiRISE color image in April and it was shared by NASA on June 6. Researchers say the “black-and-blue” Mars crater could have formed between September 2016 and February 2019.