Op/Ed : I’m Convinced We Found Evidence of Life on Mars in the 1970s 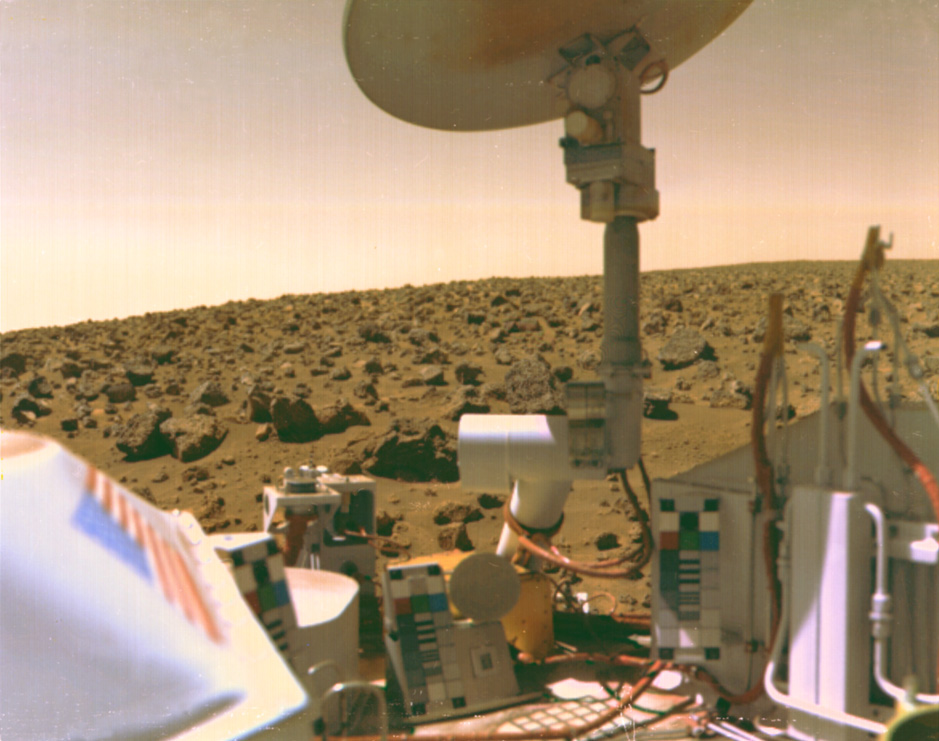 Viking 2 lander image looking back across the craft. Dark boulders are prominent against the reddish soil. The landing site, Utopia Plantia, is a region of fractured plains. The lander is about 200 km south of Mie crater, and may be on top of one of the crater’s ejecta blankets. The largest rocks are about half a meter in size. The view is approximately to the southwest. (Viking 2 Lander, 22A158)

We humans can now peer back into the virtual origin of our universe. We have learned much about the laws of nature that control its seemingly infinite celestial bodies, their evolution, motions and possible fate. Yet, equally remarkable, we have no generally accepted information as to whether other life exists beyond us, or whether we are, as was Samuel Coleridge’s Ancient Mariner, “alone, alone, all, all alone, alone on a wide wide sea!” We have made only one exploration to solve that primal mystery. I was fortunate to have participated in that historic adventure as experimenter of the Labeled Release (LR) life detection experiment on NASA’s spectacular Viking mission to Mars in 1976.

On July 30, 1976, the LR returned its initial results from Mars. Amazingly, they were positive. As the experiment progressed, a total of four positive results, supported by five varied controls, streamed down from the twin Viking spacecraft landed some 4,000 miles apart. The data curves signaled the detection of microbial respiration on the Red Planet. The curves from Mars were similar to those produced by LR tests of soils on Earth. It seemed we had answered that ultimate question.

When the Viking Molecular Analysis Experiment failed to detect organic matter, the essence of life, however, NASA concluded that the LR had found a substance mimicking life, but not life. Inexplicably, over the 43 years since Viking, none of NASA’s subsequent Mars landers has carried a life detection instrument to follow up on these exciting results. Instead the agency launched a series of missions to Mars to determine whether there was ever a habitat suitable for life and, if so, eventually to bring samples to Earth for biological examination.