NASA is hiring someone to help figure out how to get Mars rocks back to Earth — and the position pays at least $182,000 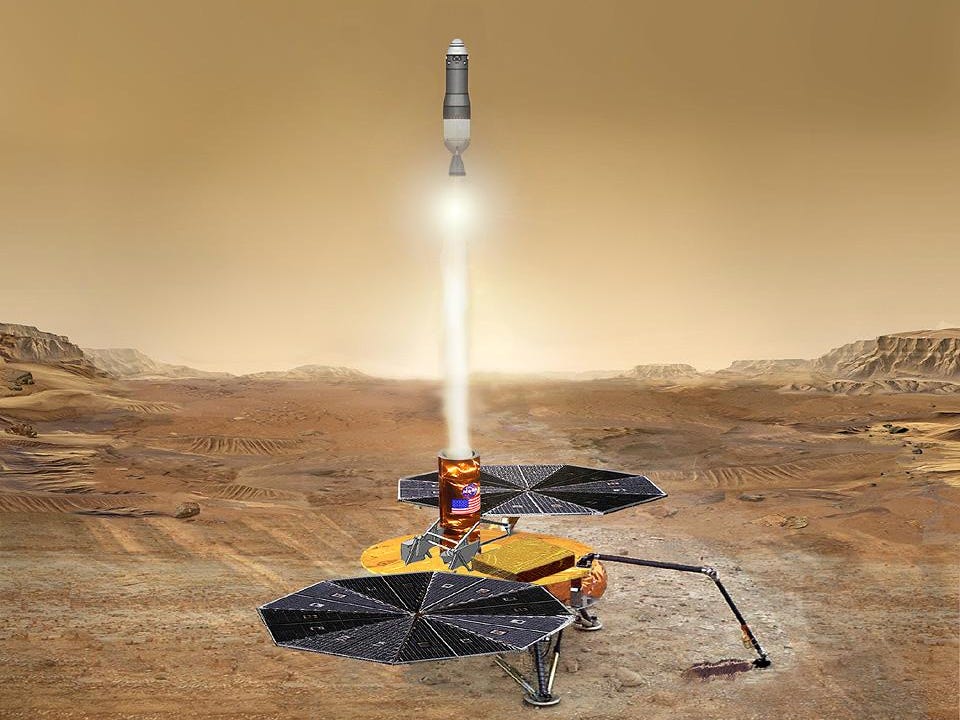 An artist’s concept of the proposed NASA Mars Sample Return mission shows the launch of the Martian samples back to Earth. NASA/JPL-Caltech

NASA is looking to fill an intriguing new role: The space agency needs someone to direct a mission to get the first rocks from Mars back to Earth.

Formally, the job is director of the Mars Sample Return (MSR) program, which aims to bring scientists pristine samples of rocks and soil from the red planet to study up close. The first step in that effort is the launch of the soon-to-be-named Mars 2020 rover, which is scheduled for July 17. Once on the red planet, the robot is tasked with collecting and storing samples in sealed caches.

But getting them back to Earth is another matter — no mission is planned for that yet.

That’s where the new NASA role comes in.

According to the agency’s description, “the incumbent is responsible for implementation of all MSR program activities, beginning with mission formulation and continuing through design, development, launch, and mission operations.”