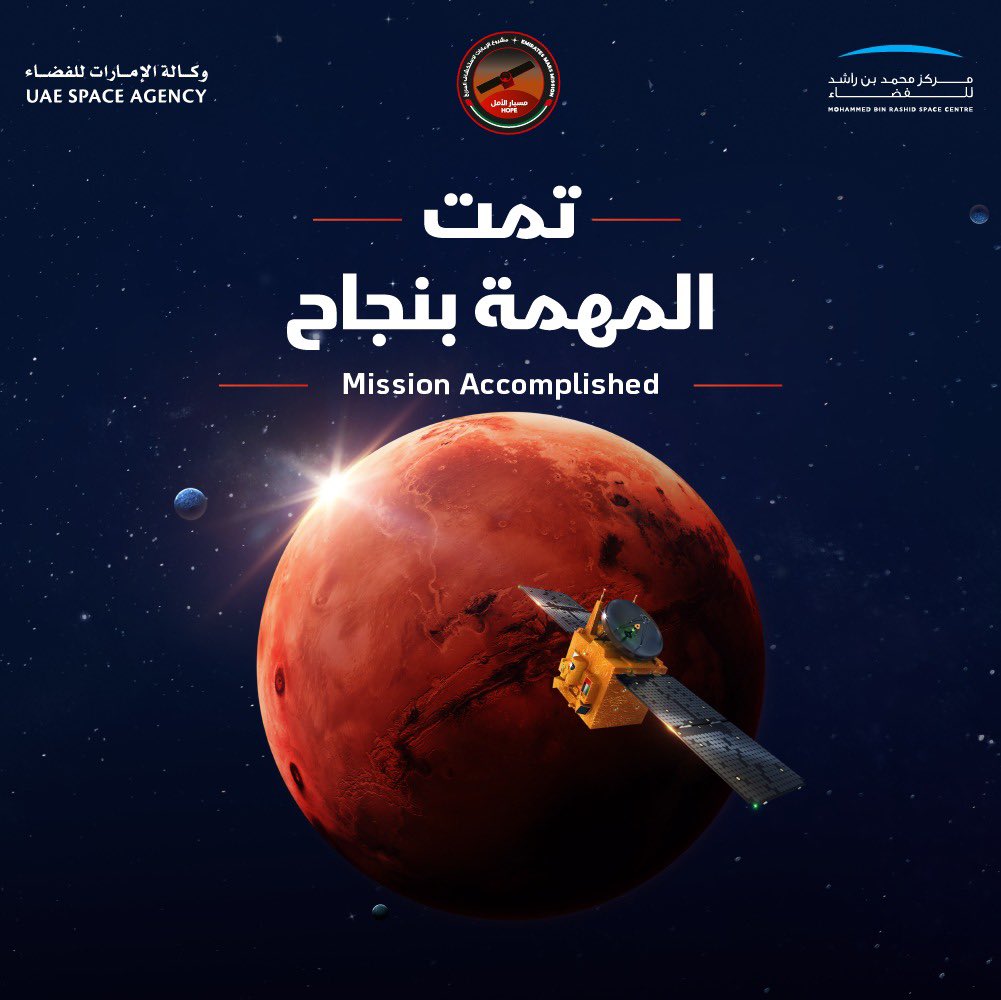 The United Arab Emirates (UAE) made history on Tuesday when it became the first Arab nation to have a spacecraft reach Mars.

Following a seven-month flight to the red planet, the probe dubbed “Amal,” meaning “Hope,” entered Mars orbit after successfully completing a challenging braking maneuver that allowed it to be caught by Mars’ gravity.

The mission team tweeted confirmation of the spacecraft’s milestone with words: “7 years of work crowned with success!”