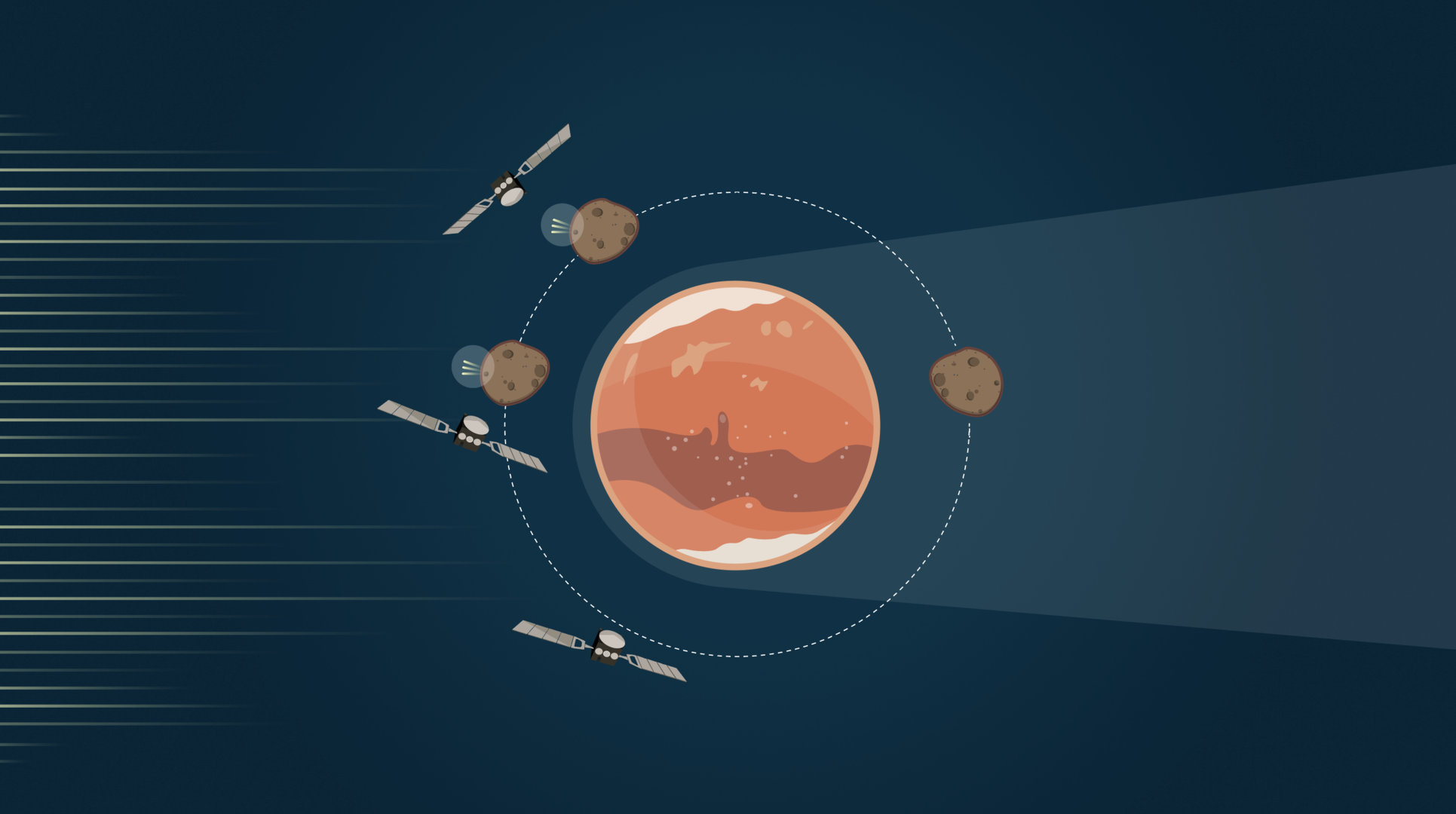 By performing a series of real and ‘fake’ flybys, ESA’s Mars Express has revealed how Mars’ largest moon, Phobos, interacts with the solar wind of charged particles thrown out by the Sun – and spotted an elusive process that has only been seen at Phobos once before.

The solar wind streams out from our star, filling the Solar System with energetic particles. Earth’s Moon reflects these particles continuously, and the same ‘backscattering’ is expected at Mars’ moon Phobos given the similarities between the two (both are rocky, lack a magnetic field and atmosphere, and orbit terrestrial planets in the inner Solar System). However, ESA’s Mars Express has only seen this backscattering once (in 2008), despite coming close to Phobos many times.

Researchers now report the second successful detection of reflected solar wind particles at Phobos, spotted during a flyby of the moon in January 2016.