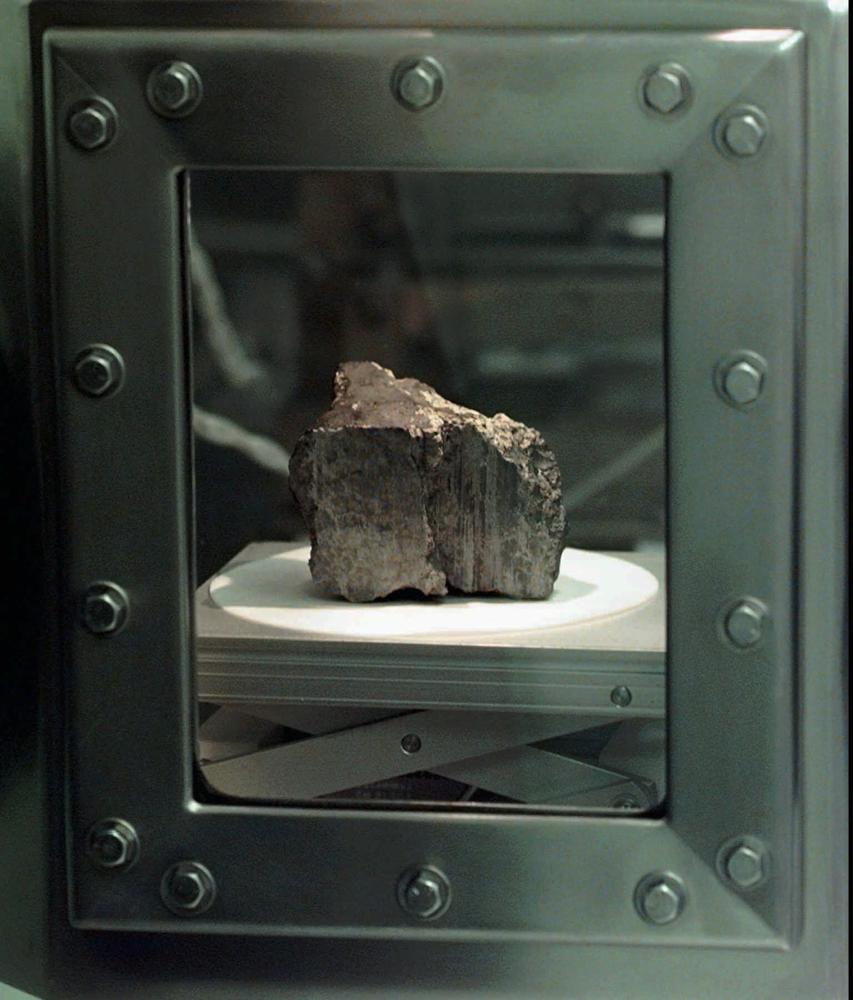 The meteorite labeled ALH84001 sits in a chamber at a Johnson Space Center lab in Houston, Aug. 7, 1996. Scientists say they’ve confirmed the meteorite from Mars contains no evidence of ancient Martian life. The rock caused a splash 25 years ago when a NASA-led team announced that its organic compounds may have been left by living creatures, however primitive. Researchers chipped away at that theory over the decades. A team of scientists led by Andrew Steele of the Carnegie Institution published their findings Thursday, Jan. 13, 2022. (AP Photo/David J. Phillip)

A 4 billion-year-old meteorite from Mars that caused a splash here on Earth decades ago contains no evidence of ancient, primitive Martian life after all, scientists reported Thursday.

In 1996, a NASA-led team announced that organic compounds in the rock appeared to have been left by living creatures. Other scientists were skeptical and researchers chipped away at that premise over the decades, most recently by a team led by the Carnegie Institution for Science’s Andrew Steele.

Tiny samples from the meteorite show the carbon-rich compounds are actually the result of water — most likely salty, or briny, water — flowing over the rock for a prolonged period, Steele said. The findings appear in the journal Science.

During Mars’ wet and early past, at least two impacts occurred near the rock, heating the planet’s surrounding surface, before a third impact bounced it off the red planet and into space millions of years ago. The 4-pound (2-kilogram) rock was found in Antarctica in 1984.