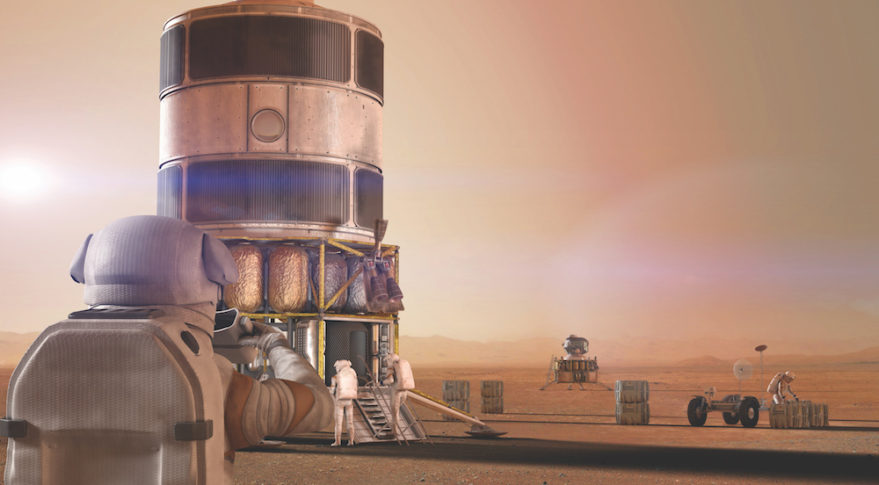 Members of the Senate’s space subcommittee said at a recent hear they want NASA to remain focused on human missions to Mars even as it plans activities in cislunar space and on the moon. Credit: Boeing

Senators preparing a new NASA authorization bill want to ensure that the agency’s long-term focus remains human missions to Mars even as it plans flights to the moon.

At a July 25 hearing by the Senate’s space subcommittee, titled “Destination Mars – Putting American Boots on the Surface of the Red Planet,” key senators made clear that development of a “Gateway” facility in cislunar space, or human missions to the surface of the moon, should not be a distraction to human Mars exploration.

“While the moon will provide a great testing ground in preparation for the journey to Mars, we must remain vigilant and ensure that we limit costly delays that could push a crewed Mars mission in the 2030s out of reach,” said Sen. Ted Cruz (R-Texas), chairman of the space subcommittee, in his opening remarks. “Mars is today the focal point of our national space program.”

That view had bipartisan support. “We need to help NASA lift its gaze past the moon and understand how the work we do in space closer to Earth will serve us in our quest for Mars,” said Sen. Ed Markey (D-Mass.), ranking member of the subcommittee.

Both Markey and Sen. Bill Nelson (D-Fla.) criticized NASA for not yet providing a “roadmap” document required by a 2017 NASA authorization act outlining its plans for eventual human missions to Mars. That report was due to Congress last December.