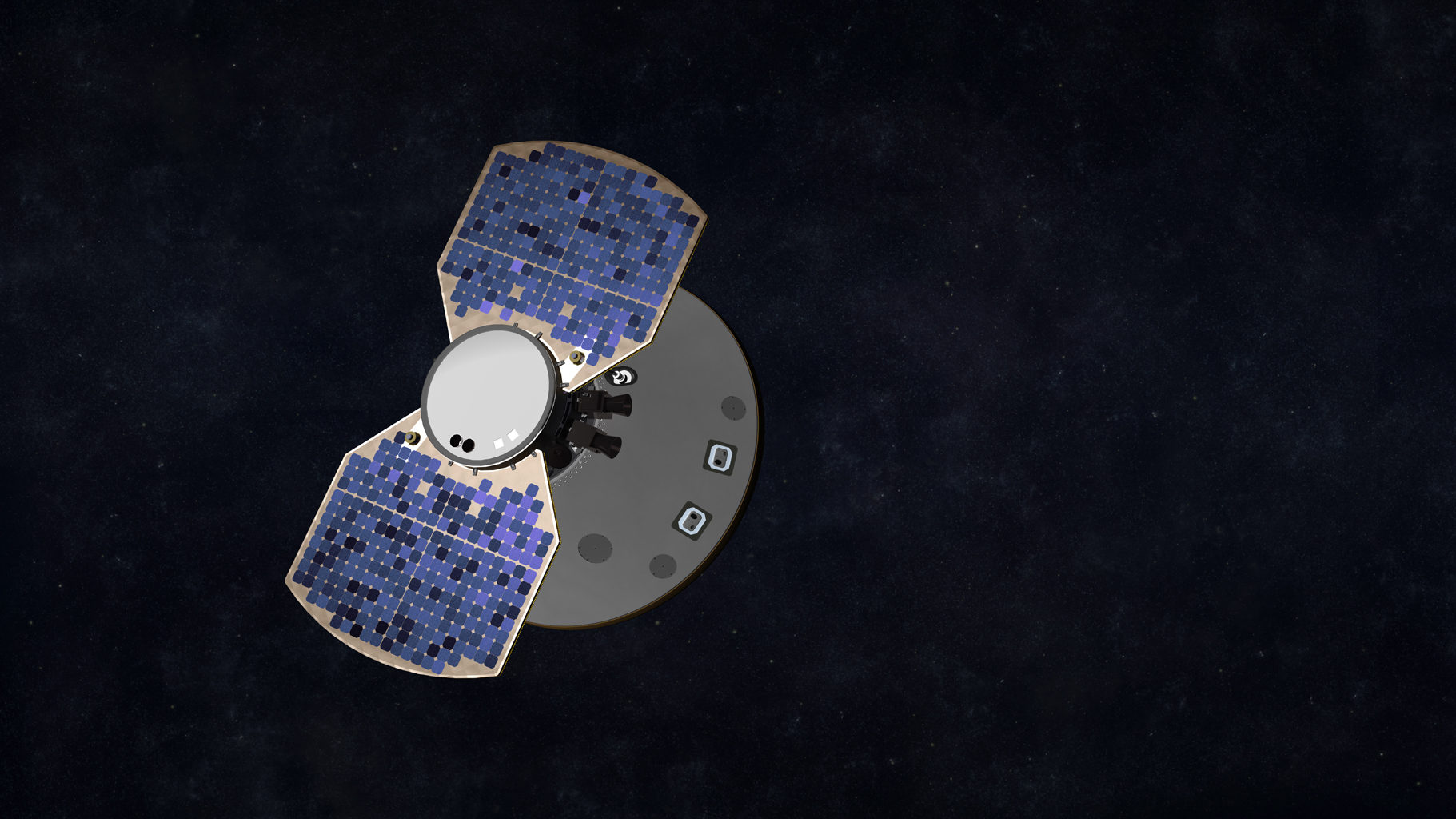 This artist’s concept shows the InSight spacecraft, encapsulated in its aeroshell, as it cruises to Mars. Image Credit: NASA/JPL-Caltech

NASA’s InSight spacecraft, en route to a Nov. 26 landing on Mars, passed the halfway mark on Aug. 6. All of its instruments have been tested and are working well.

As of Aug. 20, the spacecraft had covered 172 million miles (277 million kilometers) since its launch 107 days ago. In another 98 days, it will travel another 129 million miles (208 million kilometers) and touch down in Mars’ Elysium Planitia region, where it will be the first mission to study the Red Planet’s deep interior. InSight stands for Interior Exploration using Seismic Investigations, Geodesy and Heat Transport.

The InSight team is using the time before the spacecraft’s arrival at Mars to not only plan and practice for that critical day, but also to activate and check spacecraft subsystems vital to cruise, landing and surface operations, including the highly sensitive science instruments.