This speculative SpaceX timeline reveals roughly when, where, and how Elon Musk plans to colonize Mars 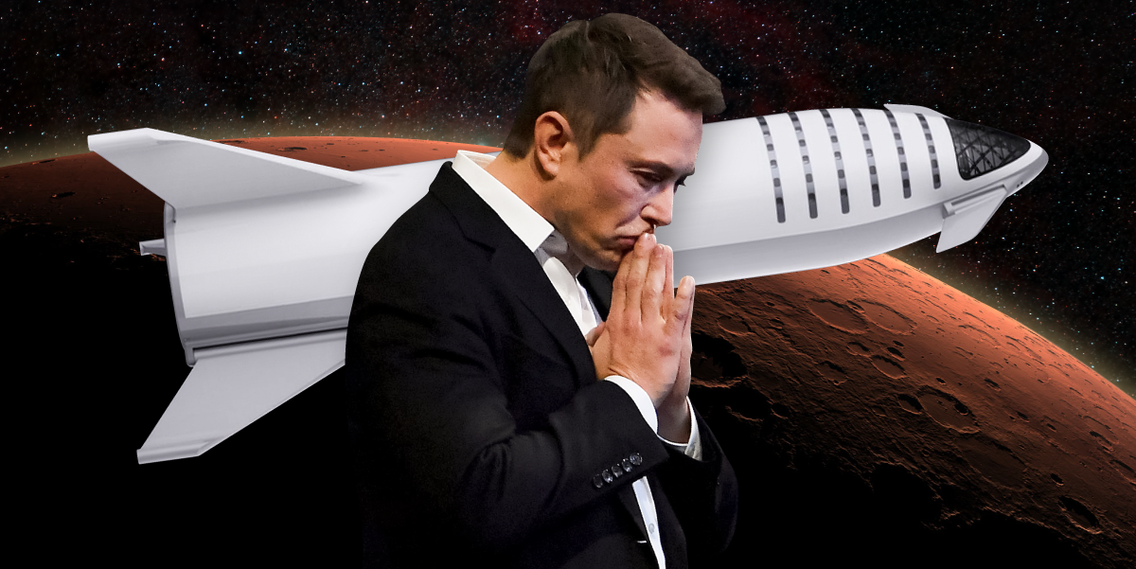 That’s the spirit with which he founded SpaceX, his rocket company, in 2002. Musk was frustrated that NASA wasn’t doing more to get people to the red planet — and concerned that a backup plan for humanity wasn’t being developed (for when Earth becomes an uninhabitable wasteland).

But Mars is a cold, unforgiving, and almost airless rock located an average of 140 million miles from Earth. Astounding ingenuity is required to land even a small spacecraft there today, let alone a giant spaceship full of people and cargo in the future.

That’s why SpaceX is taking the lessons the company has learned over the past 16 years — and its increasing amount of money and number of staff members — and using them to build a space vehicle called the Big Falcon Rocket, or BFR.

The fully reusable, 387-foot-tall system consists of two giant stages: a roughly 18-story-tall Big Falcon Spaceship and a similarly huge Big Falcon Booster. The booster will launch the spaceship (on top) toward space, then land itself for reuse.