Mars getting first US visitor in years, a 3-legged geologist 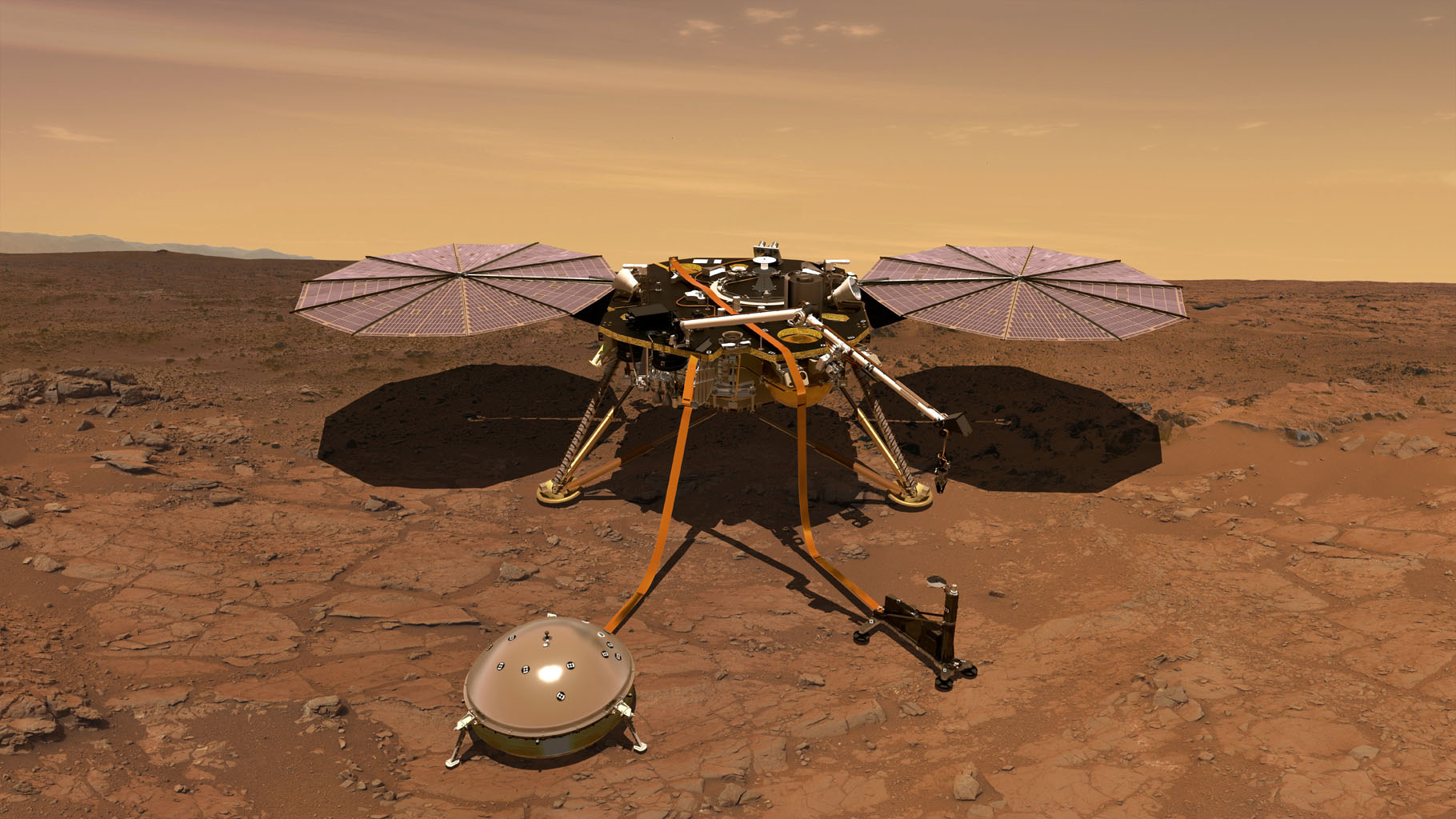 An artist’s rendition of the InSight lander operating on the surface of Mars. Image Credit: NASA/JPL-Caltech

Mars is about to get its first U.S. visitor in years: a three-legged, one-armed geologist to dig deep and listen for quakes.

ASA’s InSight makes its grand entrance through the rose-tinted Martian skies on Monday, after a six-month, 300 million-mile (480 million-kilometer) journey. It will be the first American spacecraft to land since the Curiosity rover in 2012 and the first dedicated to exploring underground.

NASA is going with a tried-and-true method to get this mechanical miner to the surface of the red planet. Engine firings will slow its final descent and the spacecraft will plop down on its rigid legs, mimicking the landings of earlier successful missions.

That’s where old school ends on this $1 billion U.S.-European effort .

Once flight controllers in California determine the coast is clear at the landing site—fairly flat and rock free—InSight’s 6-foot (1.8-meter) arm will remove the two main science experiments from the lander’s deck and place them directly on the Martian surface.

The firsts don’t stop there.

One experiment will attempt to penetrate 16 feet (5 meters) into Mars, using a self-hammering nail with heat sensors to gauge the planet’s internal temperature. That would shatter the out-of-this-world depth record of 8 feet (2 ½ meters) drilled by the Apollo moonwalkers nearly a half-century ago for lunar heat measurements.

The astronauts also left behind instruments to measure moonquakes. InSight carries the first seismometers to monitor for marsquakes—if they exist. Yet another experiment will calculate Mars’ wobble, providing clues about the planet’s core.