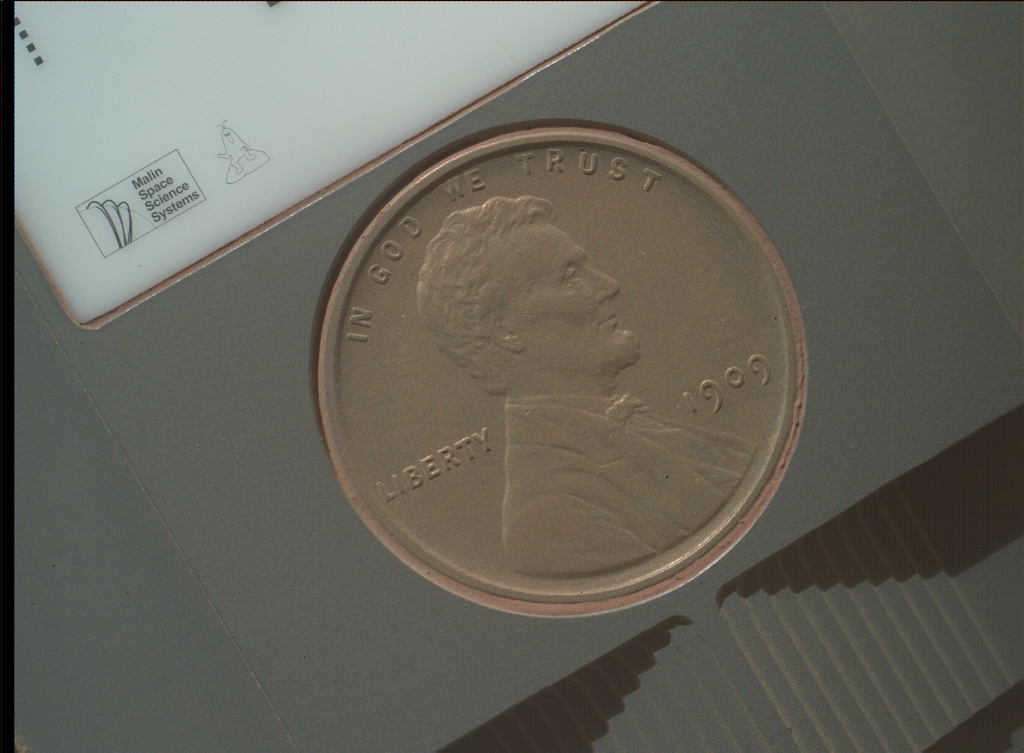 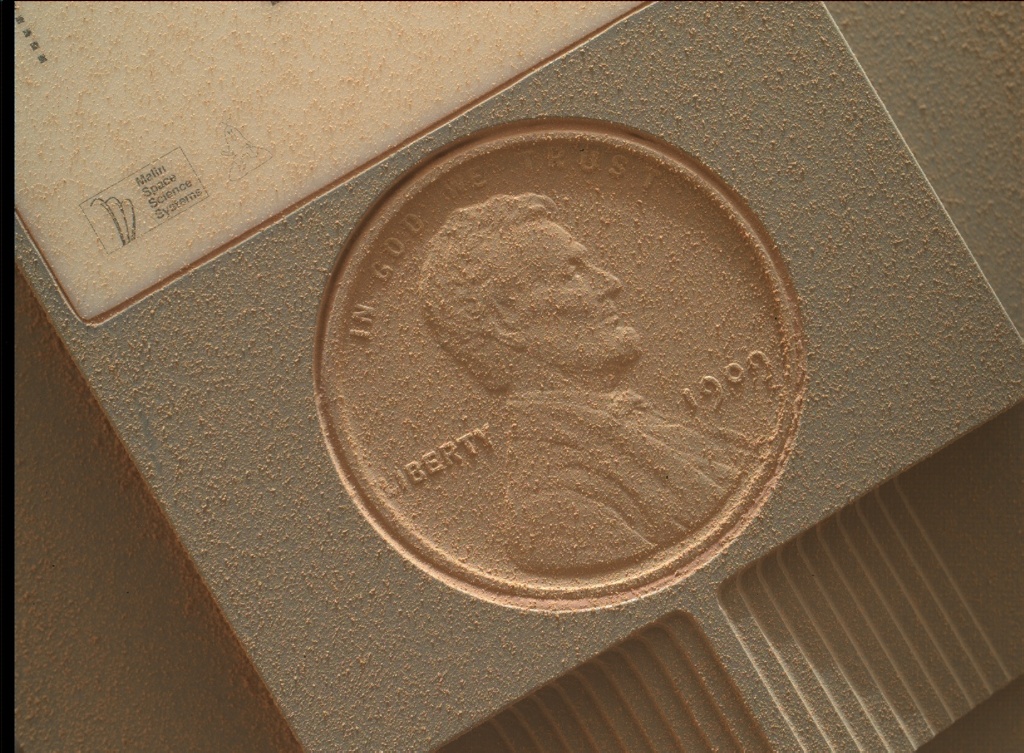 The global dust storm on Mars earlier this year coated NASA’s rovers in a layer of red planet grime. A new set of images shows how the current windy season is cleaning off the Curiosity rover.

Curiosity team member and planetary scientist Abigail Fraeman posted an update to the mission blog on Wednesday with two images taken by the Mars Hand Lens Imager (MAHLI) camera on the rover’s arm.

The first image dates to Sept. 4 and shows the coin used to help calibrate Curiosity’s camera and test its performance. The penny is coated with Mars dust, a reminder of the powerful storm that knocked NASA’s Opportunity rover out of contact in June.

The second image is from Dec. 2 and shows a much cleaner penny. “Dust has certainly been blowing around in Gale Crater lately,” writes Fraeman.