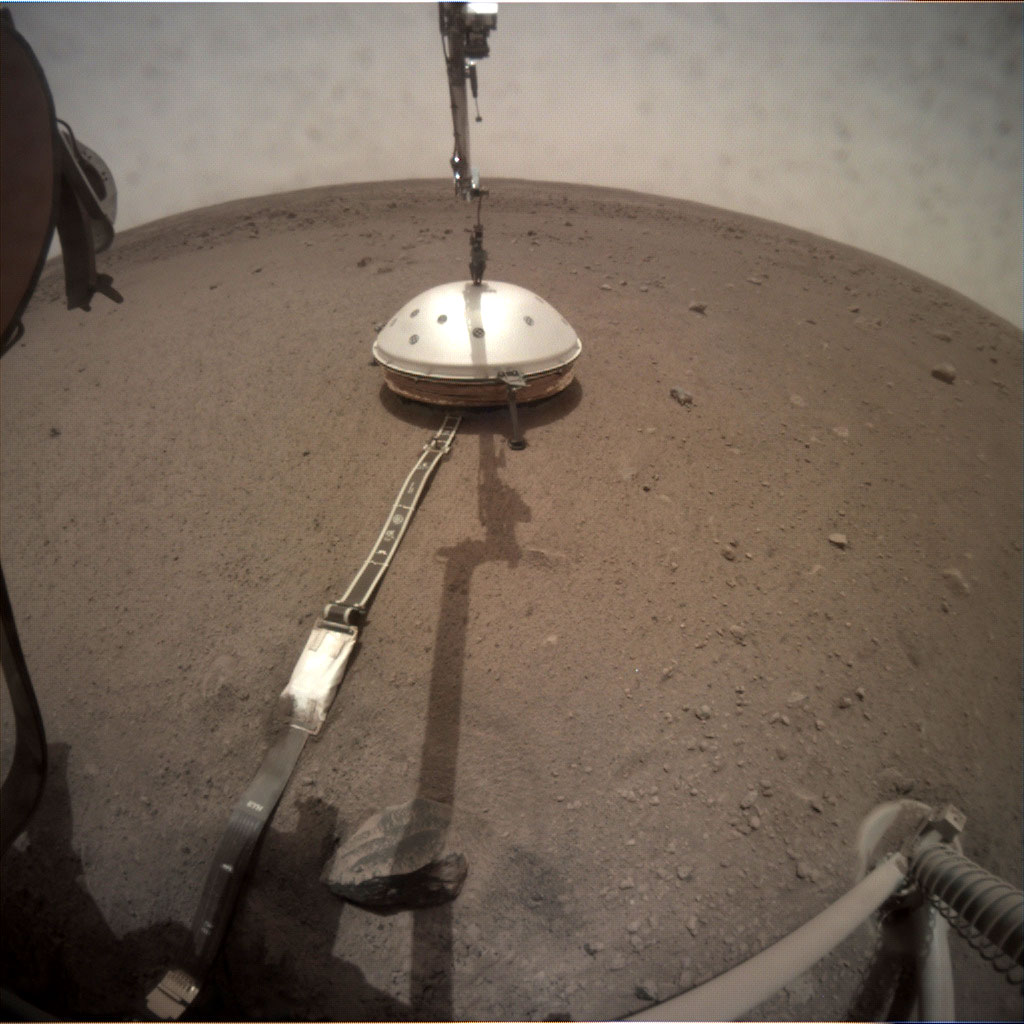 After months of delicate maneuvering, NASA’s InSight lander has finished placing its hypersensitive seismometer on the surface of Mars. The instrument is designed to solve mysteries about the planet’s interior by detecting the booming thunder of “marsquakes.” But just a few weeks into its run, the car-size lander has already heard something else: the minute tremors that continually rock our red neighbor. If marsquakes are the drum solo, these microseisms, as they’re known, are the bass line.

The signal first became apparent in early February, as soon as the lander placed a protective shield over the seismometer, said Philippe Lognonné, a planetary seismologist at Paris Diderot University who heads the team that runs the instrument, in a talk here today at the annual Lunar and Planetary Science Conference. “We do believe that these signals are waves coming from Mars.” This is the first time, he said, that such microseisms have been detected on another planet.

On Earth, microseisms are ubiquitous, caused largely by the sloshing of the ocean by storms and tides. Mars, despite the dreams of science fiction writers, has no present-day oceans. Instead, this newly discovered noise is likely caused by low-frequency pressure waves from atmospheric winds that rattle the surface, inducing shallow, longer-period waves in the surface, called Rayleigh waves, Lognonné said.