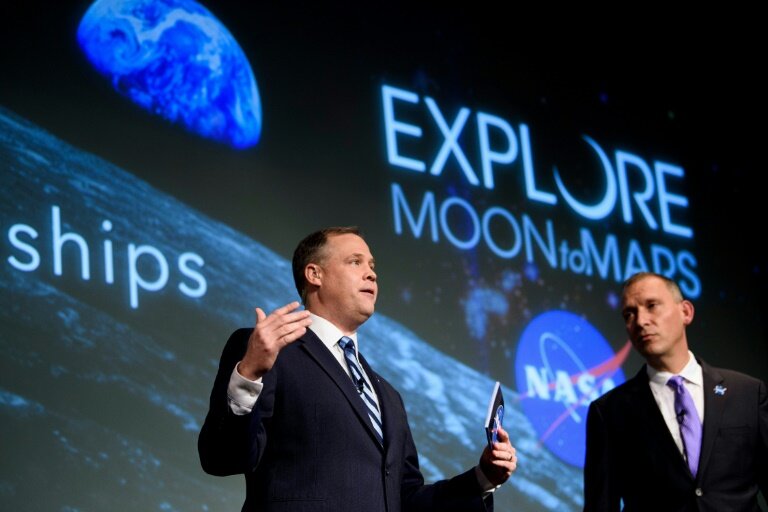 NASA Administrator Jim Bridenstine (L)—seen here at the US space agency’s headquarters in November 2018—says the acceleration of the calendar for a new Moon mission is “aggressive” but doable, and vital for any future Mars mission

NASA has made it clear they want astronauts back on the Moon in 2024, and now, they are zeroing in on the Red Planet—the US space agency confirmed that it wants humans to reach Mars by 2033.

Jim Bridenstine, NASA’s administrator, said Tuesday that in order to achieve that goal, other parts of the program—including a lunar landing—need to move forward more quickly.

“We want to achieve a Mars landing in 2033,” Bridenstine told lawmakers at a congressional hearing on Capitol Hill.

“We can move up the Mars landing by moving up the Moon landing. The Moon is the proving ground,” added the former Republican congressman, who was appointed by President Donald Trump.

NASA is racing to enact the plans of Trump, who dispatched Vice President Mike Pence to announce that the timetable for once again putting man on the Moon had been cut by four years to 2024.

The new date is politically significant: it would be the final year in Trump’s eventual second term at the White House.