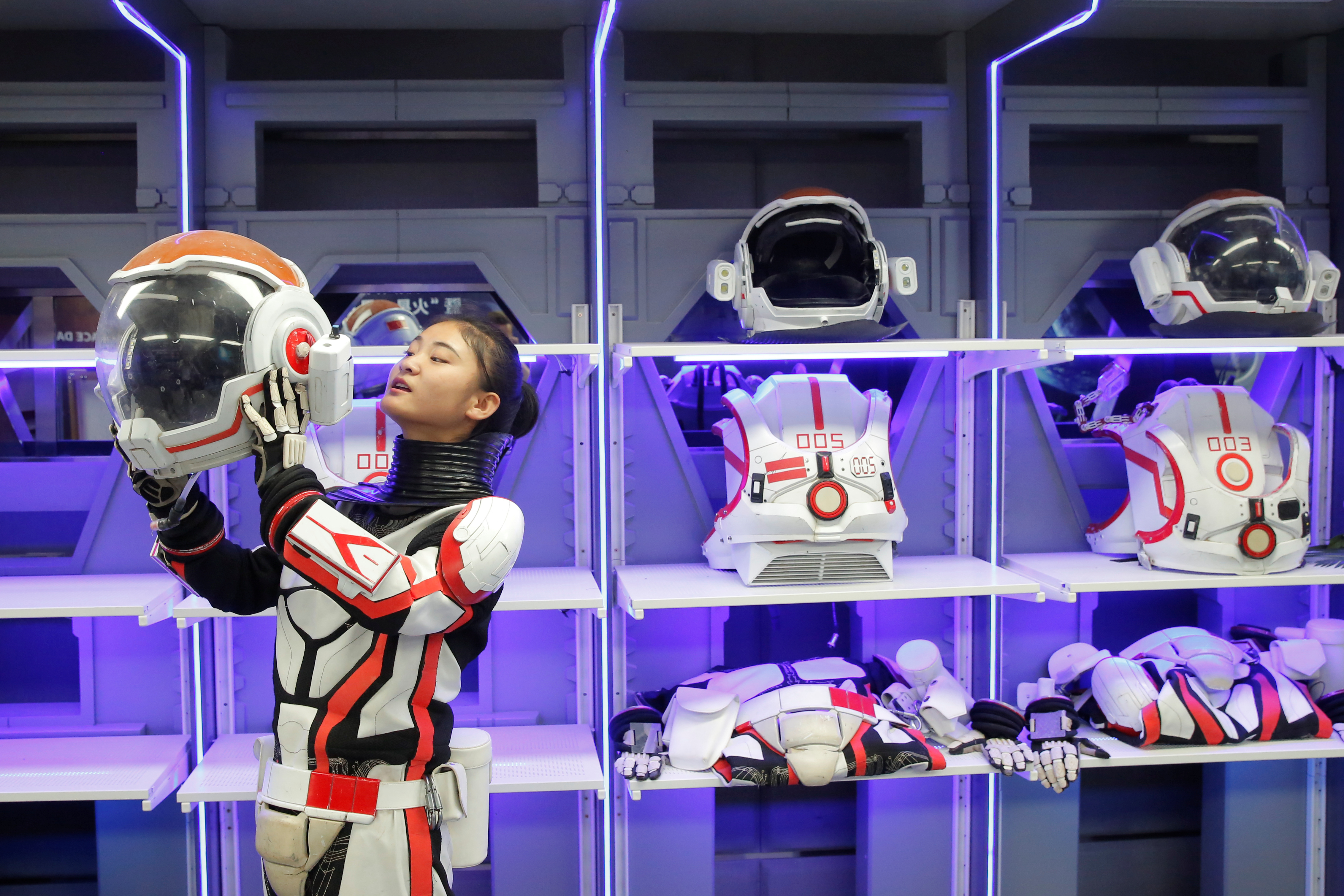 A staff member demonstrates how she puts on the helmet of a mock space suit.

China’s propensity for over-the-top amusement parks and gimmicky tourists destinations is well-documented. While some seem like more of a dare, like a giant glass-bottom bridge suspended over a deep canyon, many of China’s tourist traps are designed to transport the visitor, whether it be to Europe or back centuries of Chinese history.

Add Mars to that list. Recently opened in Gansu province, and set among the orange backdrop of the Gobi Desert, C-Space Project Mars simulates a speculative Chinese-led mission to the red planet. China has shown grand ambitions for space travel. It successfully dropped a lander and rover on the far side of the moon in December, and it plans to send a rover to Mars in 2020.