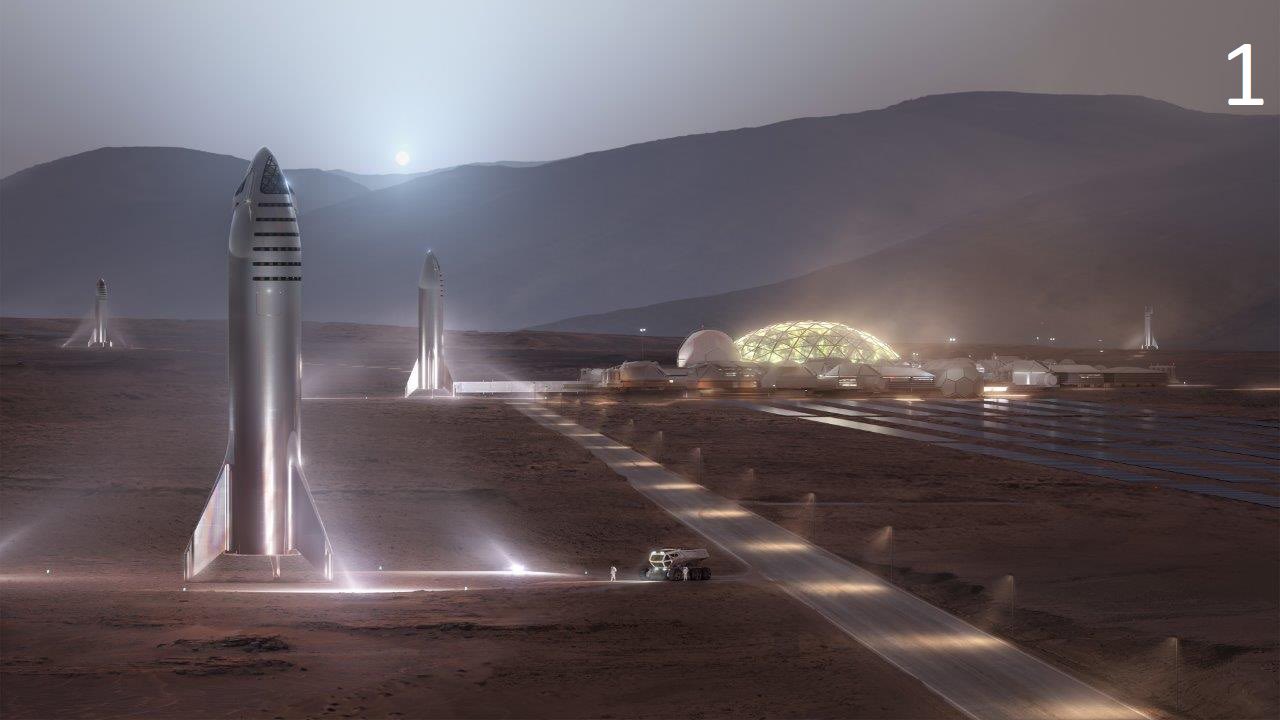 The artwork is similar to less shiny renderings that came out a couple of years ago when Musk laid out the architecture for the Starship launch system (which was then known as the BFR) at the International Astronautical Congress in Australia.

Since then, SpaceX has begun launch-pad tests of a Starship prototype nicknamed the Starship Hopper, or StarHopper, at the company’s Boca Chica facility in South Texas. There’s been a series of tethered test firings of the methane-fueled Raptor engine that’s destined to be used on Starship, reportedly including a 40-second firing that took place over the weekend.

Last December, Musk promised to provide a “full technical presentation” about the Starship program once the StarHopper starts flying. His release of updated renderings could be a signal that he’s gearing up for that presentation. The fact that today’s freshened-up renderings have numbers in the upper right corner suggests the slideshow is in the works.