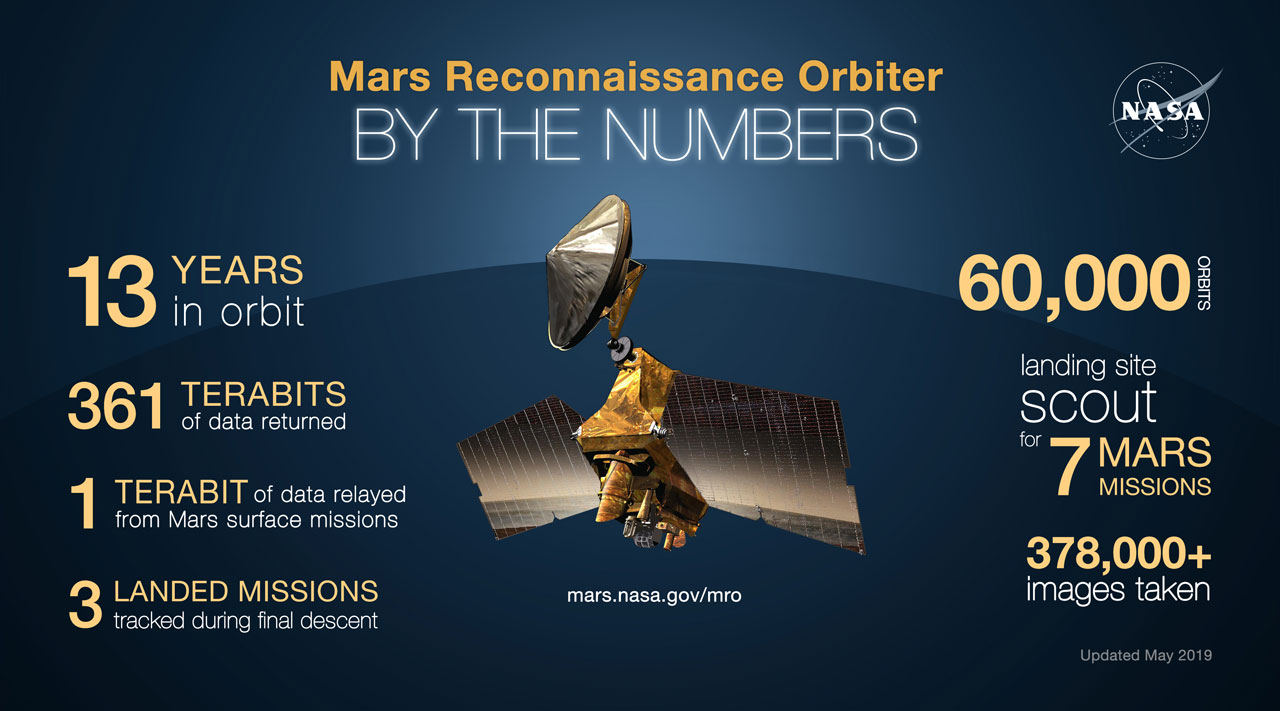 Mars Reconnaissance Orbiter By The Numbers: Over the past decade, the mission has shown how dynamic Mars remains today, as well as how diverse its past environmental conditions have been. This image represents some of the highlights in the last 13 years. Image credit: NASA/JPL-Caltech.

NASA’s Mars Reconnaissance Orbiter hit a dizzying milestone this morning: It completed 60,000 loops around the Red Planet at 10:39 a.m. PDT (1:39 p.m. EDT). On average, MRO takes 112 minutes to circle Mars, whipping around at about 2 miles per second (3.4 kilometers per second).

Since entering orbit on March 10, 2006, the spacecraft has been collecting daily science about the planet’s surface and atmosphere, including detailed views with its High Resolution Imaging Science Experiment camera (HiRISE). HiRISE is powerful enough to see surface features the size of a dining room table from 186 miles (300 kilometers) above the surface.

Meanwhile, MRO is watching the daily weather and probing the subsurface for ice, providing data that can influence the designs of future missions that will take humans to Mars.