Op/Ed: Trump’s Plan To Develop The Moon And Mars Will Change The Future Of The Human Race 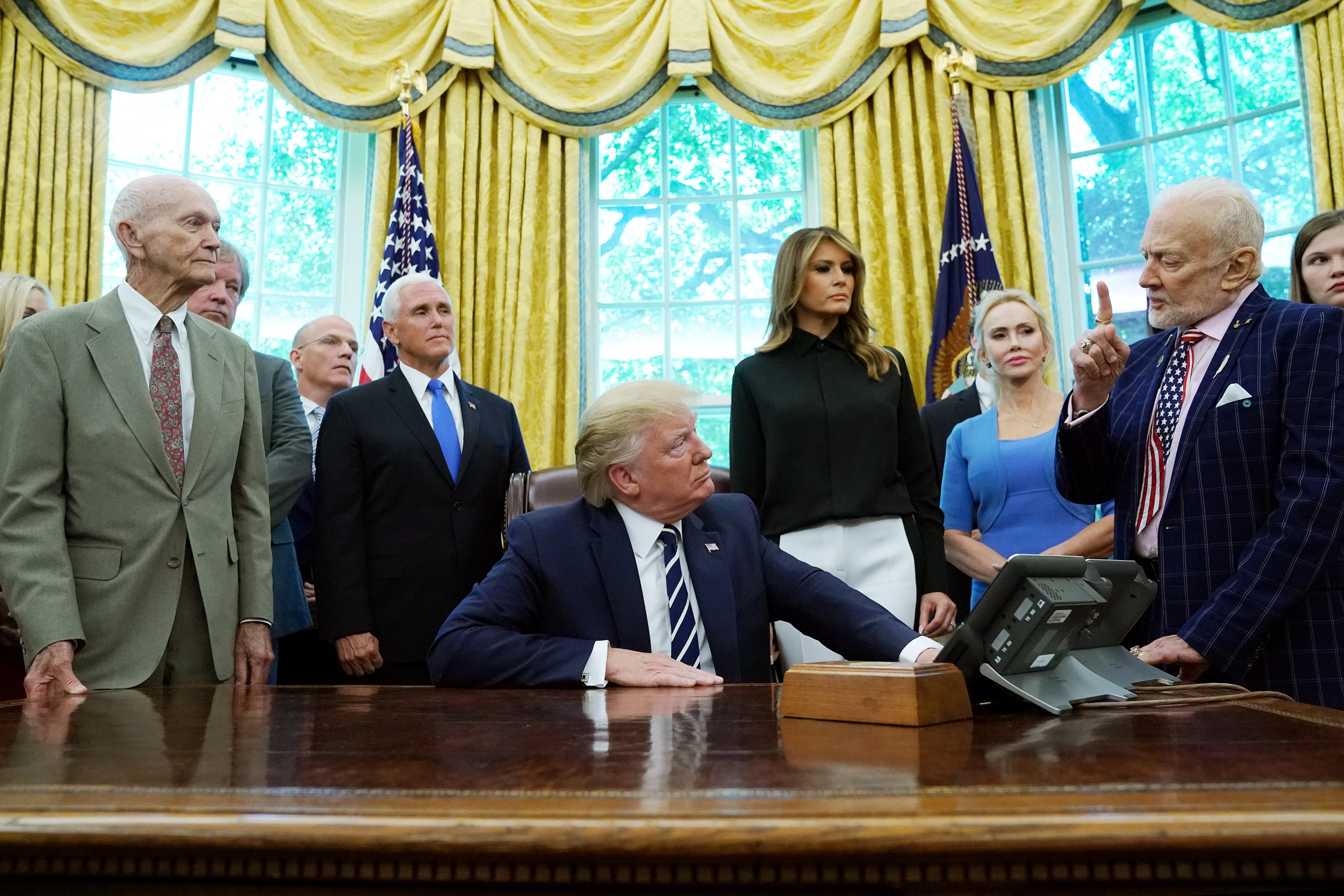 The United States is at a crossroads. For the first time in more than half a century, we could cease to be the leading power in space. The momentum of the Chinese program and its increasing outreach to other countries means that within a decade the United States could lose militarily, technologically and economically in space. That outcome would be catastrophic.

President Donald Trump understands how real this threat is and has begun to revitalize America’s commitment to space.

On the Fourth of July, he asserted, “I want you to know that we are going to be back on the moon very soon, and someday soon we will plant the American flag on Mars.”

The Artemis project is not the Apollo project 50 years later. It is something profoundly different.

Imagine that the first woman and man on the moon stay for three weeks (50 percent longer than all six Apollo visits combined). Imagine that their 21 days are spent assembling prepositioned materials to create a work and living space comparable to an Antarctic scientific research station. Imagine that they were joined by a second crew just before they returned to Earth so the new development had permanent habitation.

That kind of permanent development is what Trump has in mind.

The president has launched America on a Moon-Mars Development Project that will change the future of the entire human race.