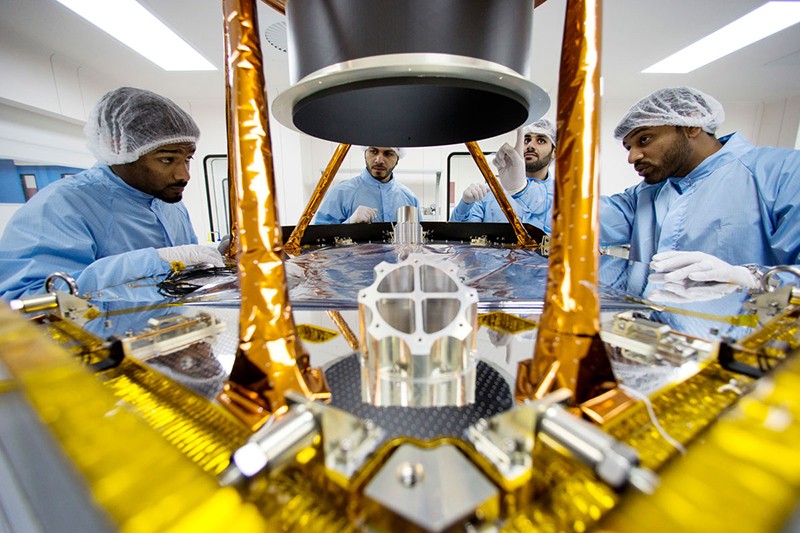 The Arab world will launch its first mission to Mars in July 2020, the chair of the United Arab Emirates (UAE) Space Agency, Ahmad Al Falasi, has said.

The UAE’s Hope probe will lift off from Japan and should reach Mars at the end of the following year, in time for the 50th anniversary of the emirates’ independence. It will be the first planetary-science mission from the Arab world.

The mission’s goals include understanding why Mars is losing its atmosphere by tracking the escape of hydrogen and oxygen, and building a bigger picture of the changing Martian atmosphere. In April, officials at the space agency said that 85% of the probe had been completed.