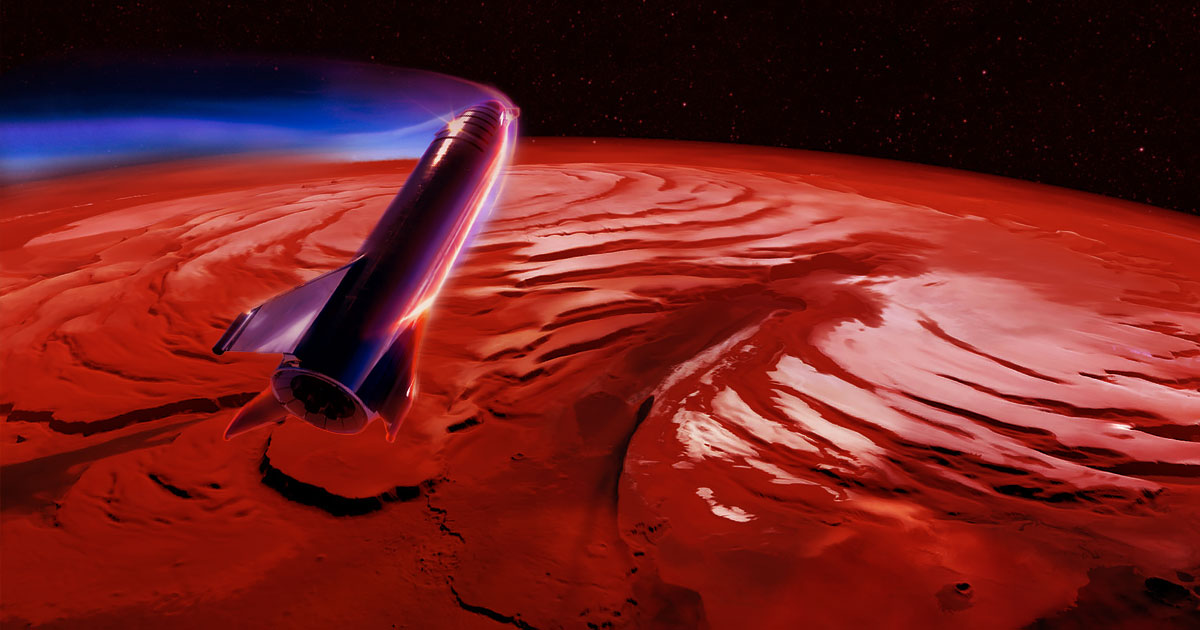 We may not yet know how to get to Mars exactly, but — as to be expected from a company led by Elon Musk — SpaceX is already several steps ahead.

The private space company has leveraged images from NASA’s Mars Reconnaissance Orbiter, an imaging satellite that’s currently orbiting Mars, to determine a landing site for its in-development Starship spacecraft — despite the fact that the 180-foot spacecraft’s maiden voyage is still years out.

Space historian Robert Zimmerman came across images, with the labels “Candidate Landing Site for SpaceX Starship,” in data from the NASA orbiter.

The images of the Martian surface were taken by a high-res camera system called HiRISE onboard the orbiter, and uploaded to the University of Arizona’s website, the institution responsible for operating the camera.

SpaceX’s search for a landing site dates back to 2017, according to Teslarati. Over the past two years, the company has narrowed its search to a massive plains region called Arcadia Planitia. Five of the six potential landing sites shown in the new images are inside this zone.