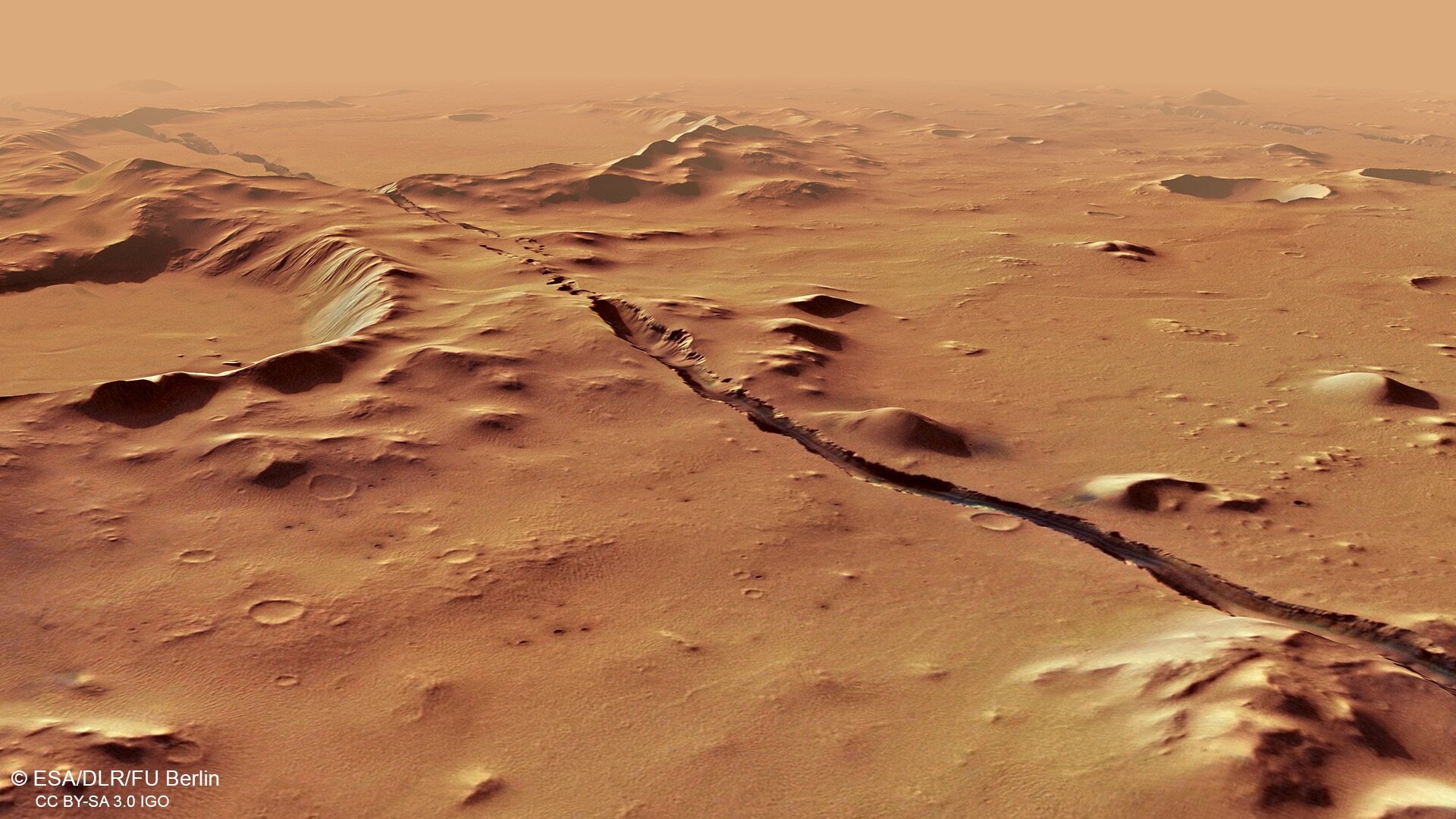 Not far from Mars’ equator, a series of strange fissures rip deep into the Red Planet’s surface. The cracks of Cerberus Fossae run for hundreds of miles, cutting through craters, hills and everything in their path. Relatively young-looking volcanoes nearby, combined with trails of tumbling rocks, have long fueled speculation over whether the region is still active today.

Now, there’s no need to wonder anymore. In a series of papers published Monday in the journals Nature Geoscience and Nature Communications, scientists released the first 10 months of discoveries from NASA’s Mars InSight lander. Its findings, among many others, include a resounding answer to the mystery of Cerberus Fossae — the Red Planet is geologically active and bustles with marsquakes.

The InSight lander was designed to study martian seismology, geophysics, meteorology and magnetism. It carries the first working seismometer and first magnetometer to ever land on the Red Planet’s surface. And while InSight’s lack of wheels might bring fewer news headlines than a rover like Curiosity, astronomers say its findings will ultimately help them better understand the geological processes that have shaped our neighboring world.