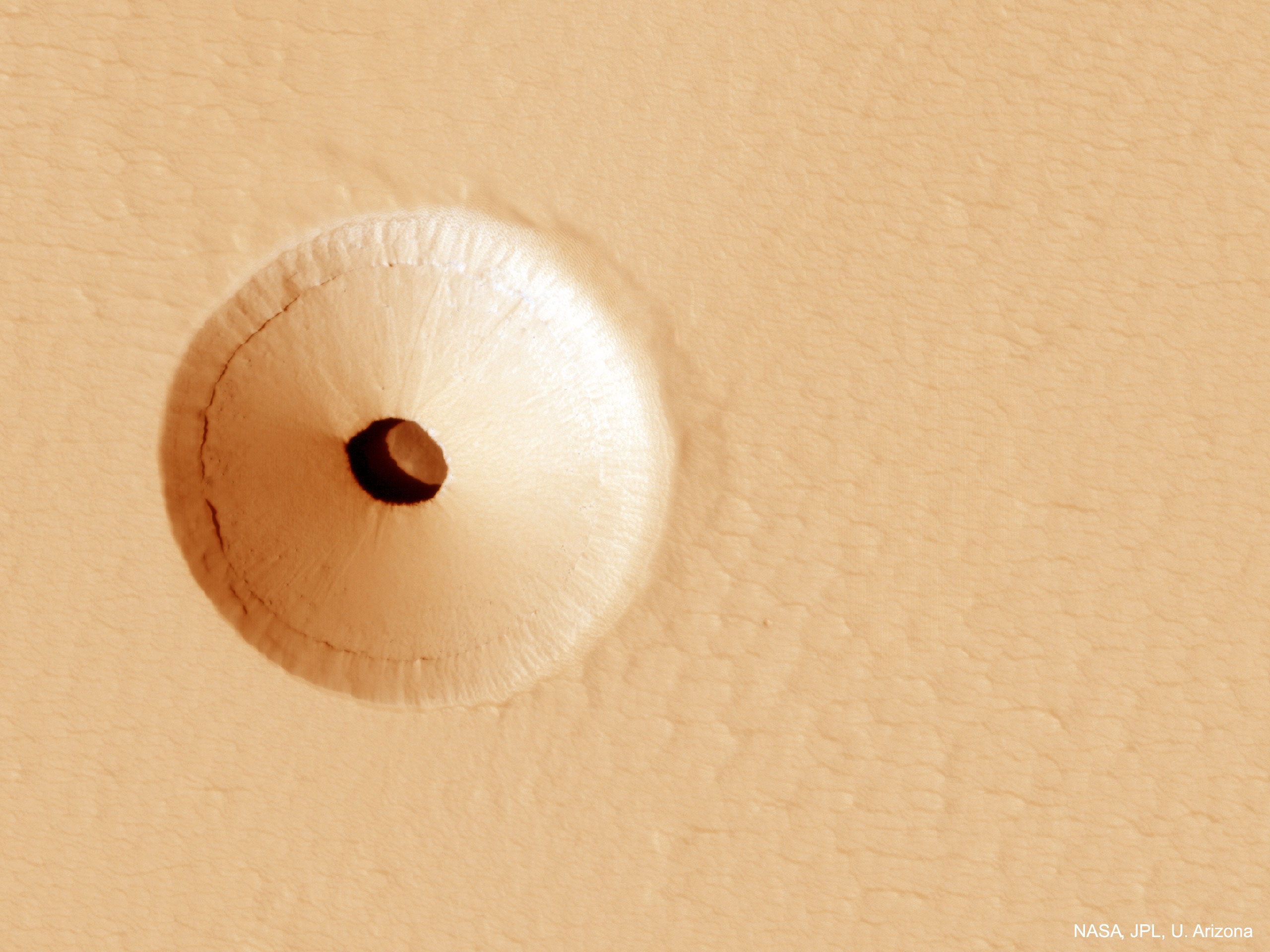 An image of the hole on the slopes of Pavonis Mons captured by the Mars Reconnaissance Orbiter.
NASA, JPL, U. ARIZONA

NASA has posted an image of an unusual hole on the slopes of a giant Martian volcano known as Pavonis Mons.

In the photo,which was snapped in 2011 by the space agency’s Mars Reconnaissance Orbiter (MRO), a circular crater can be seen with very steep walls. At the center of this crater is an opening measuring around 115 feet across, which is the entrance to an underground cavern.

Much of the material that once filled the crater has sunk through the hole forming a pile of debris inside the cavern, according to the University of Arizona’s Lunar & Planetary Laboratory (LPL.)

Using a digital model of the terrain around the hole, researchers have estimated that this debris pile is at least 203 feet tall. Furthermore, the top of the pile lies about 92 feet below the rim of the central opening, indicating that the underground cavity was once 295 feet deep, before the material from the crater fell inside.