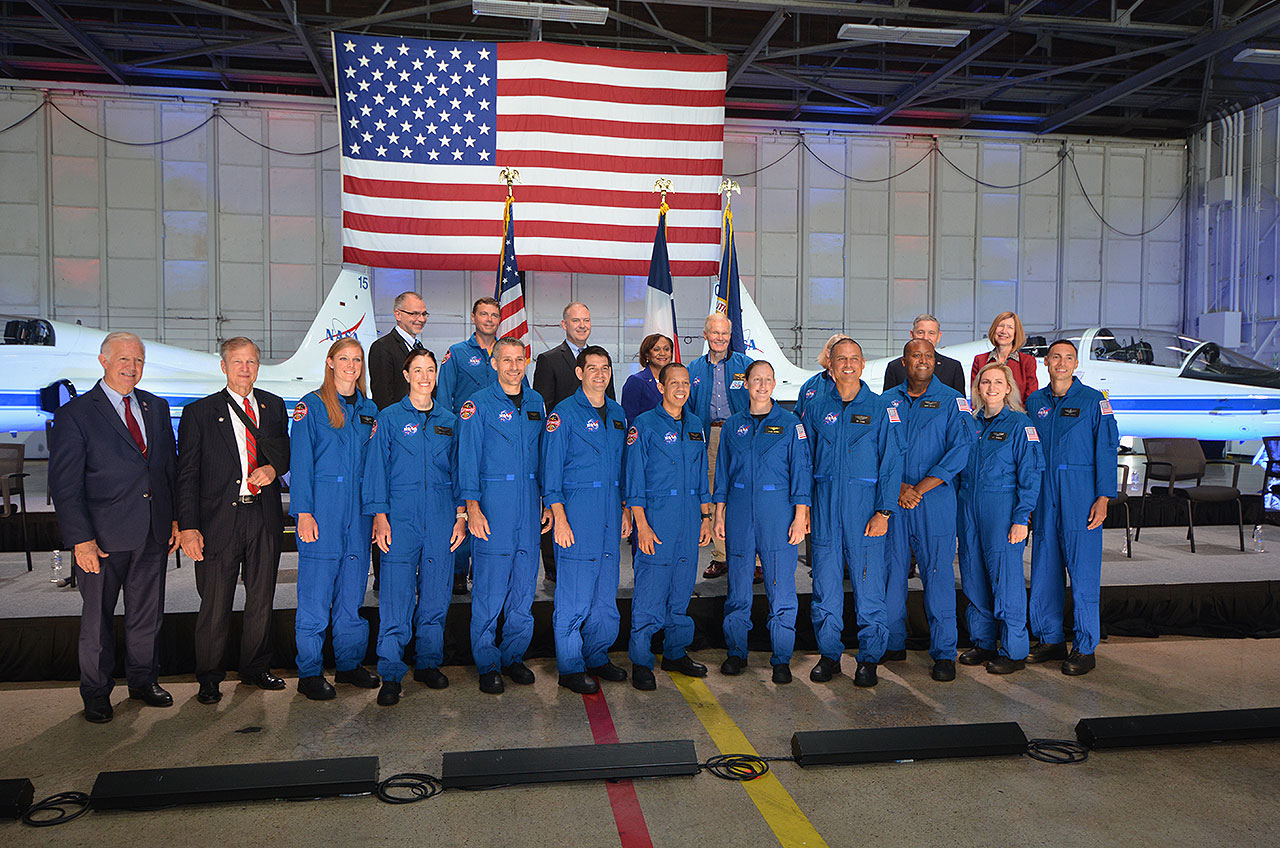 NASA’s 23rd class of astronaut candidates pose with NASA leaders and congressional officials at Ellington Field, near Johnson Space Center, in Houston, Texas, at the conclusion of their announcement ceremony on Monday, Dec. 6, 2021. (collectSPACE)

NASA revealed the members of its new astronaut candidate class who may someday help establish a sustainable presence on the moon.

The four women and six men named on Monday (Dec. 6) comprise the U.S. space agency’s 23rd group of astronaut candidates since the Mercury 7 were chosen in 1959 and the first to be recruited since the start of NASA’s Artemis moon program. The new class of 10 was narrowed from a pool of more than 12,000 applicants after an extended recruitment process that began in March 2020 and was delayed due to the ongoing COVID-19 pandemic.

The astronaut candidates, or “ascans” for short, were announced at a ceremony held at Ellington Field, NASA’s base for flight operations, located near Johnson Space Center in Houston.

To be eligible, the new ascans had to be U.S. citizens with a masters degree from an accredited institution in a science, technology, engineering or mathematics (STEM) field with at least three years of related experience, or at least 1,000 hours of pilot-in-command time in jet aircraft. The candidates also had to pass the NASA physical for long-duration spaceflight.