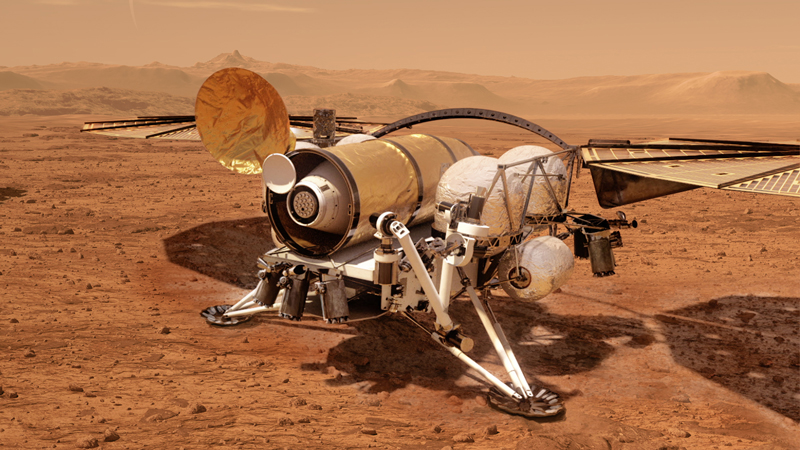 A NASA-led Sample Retrieval Lander launches to Mars in the mid 2020s, carrying with it an ESA-led sample fetch rover and a NASA-led Mars rocket. The lander would touch down close to Perseverance’s landing location, Jezero Crater, and deposit the fetch rover.
Lead: Jet Propulsion Laboratory

Engineers are developing the crucial hardware needed for a series of daring space missions that will be carried out in the coming decade.

Testing has already begun on what would be the most sophisticated endeavor ever attempted at the Red Planet: bringing rock and sediment samples from Mars to Earth for closer study.

The multi-mission Mars Sample Return campaign began when NASA’s Perseverance rover landed on Mars this past February to collect Martian rock samples in search of ancient microscopic life. Out of Perseverance’s 43 sample tubes, four have been filled with rock cores and one with Martian atmosphere. Mars Sample Return seeks to bring select tubes back to Earth, where generations of scientists will be able to study them with powerful lab equipment far too large to send to Mars.

Getting those samples into terrestrial labs would take a decade and involve European partners and multiple NASA centers. ESA (the European Space Agency) is developing a rover for the effort, with engineers at NASA’s Glenn Research Center in Cleveland, Ohio, designing its wheels. The rover would transfer samples to a lander, being developed at NASA’s Jet Propulsion Laboratory in Southern California, that would use a robotic arm (developed by ESA) to pack the samples into a small rocket, called a Mars Ascent Vehicle, being designed by NASA’s Marshall Space Flight Center in Huntsville, Alabama.