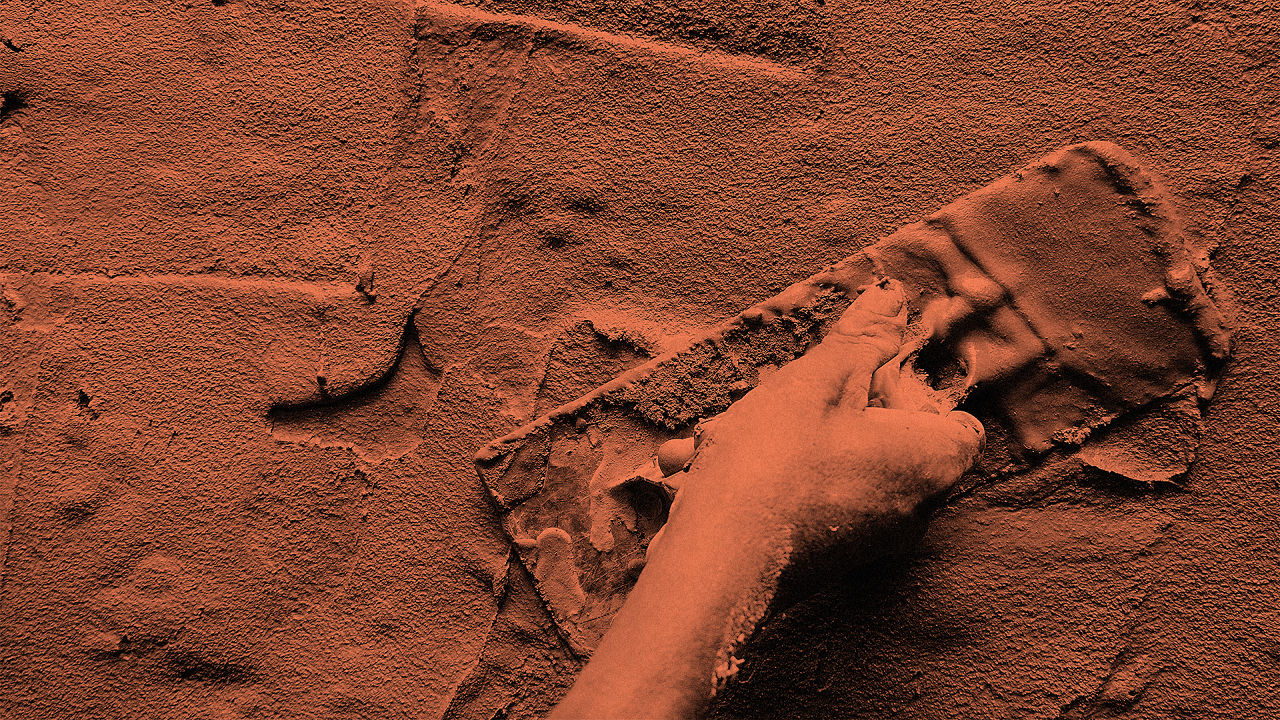 Concrete has been critical to the colonization of our own planet. The Romans and Egyptians built their empires upon it, and when their formula for concrete was lost, humanity invented it all over again in the 14th century. Today, over 2 billion tons of concrete are produced every year, and by 2050, that’s expected to quadruple.

When we finally start colonizing other planets like Mars, we’re going to need concrete to make buildings and infrastructure. But concrete needs water, and Mars doesn’t have any. How do we make it, then? A team of researchers at Northwestern think they have the answer: by heating sulfur up to 240 degrees Celsius until it liquefies, and using that instead.

By using simulated Martian soil consisting of silicon dioxide, aluminum oxide, iron oxide, titanium dioxide, and mixing this aggregate 50/50 with molten sulfur, they were able to make blocks of quasi-Martian concrete. And it’s strong: two-and-a-half times as strong as the concrete most commonly used on Earth.

There’s another advantage of Martian concrete over Earth concrete, too. On Earth, concrete production is the third biggest contributor of CO2 emissions, largely because of how much concrete we use. And recycling concrete doesn’t help curb that production, because while we’re tearing down concrete structures all the time, it’s time-consuming and resource-intensive to reuse. But on Mars, the concrete could literally just be re-heated until the sulfur melts, and the entire concrete block becomes malleable again. That means any Martian concrete will be almost infinitely reusable, without taking the same toll on Mars as it took on Earth.