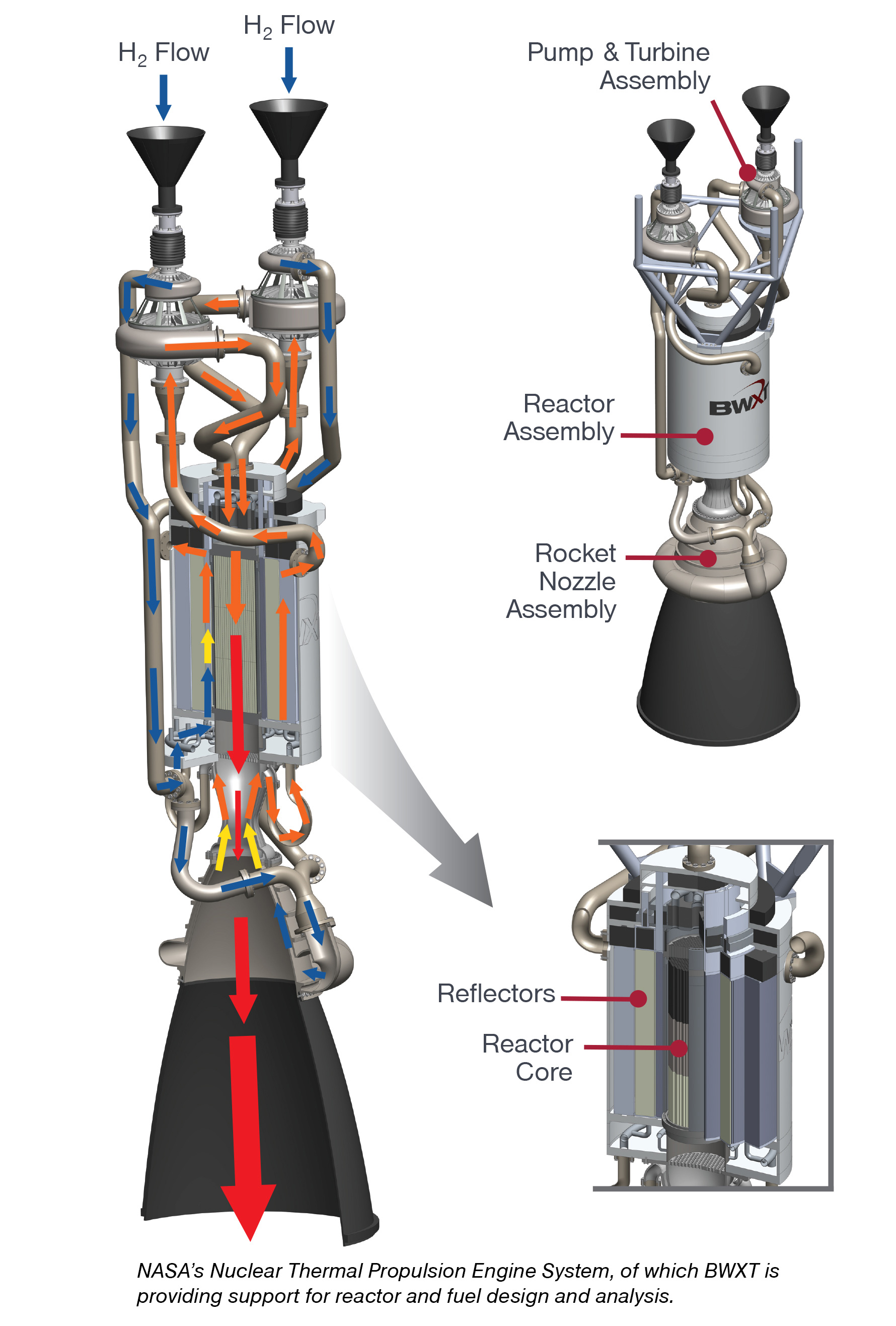 A nuclear technology company says it will start developing products in Alabama which include a propulsion system that could send rockets to Mars.

BWX vice president for advanced technical programs, Jonathan Certain, says the company has a contract with NASA to create conceptual designs for a nuclear thermal reactor that could power a spaceship to Mars. BWX will develop it at NASA’s Marshall Space Flight Center in Huntsville.

BWX CEO Rex Geveden says the company supplies nuclear components and fuel to the U.S. government including parts for submarines and aircraft carriers.

Certain says the company hopes to hire between 75 and 150 people in Huntsville in the next four or five years.

BWX’s headquarters is in Lynchburg, Virginia.