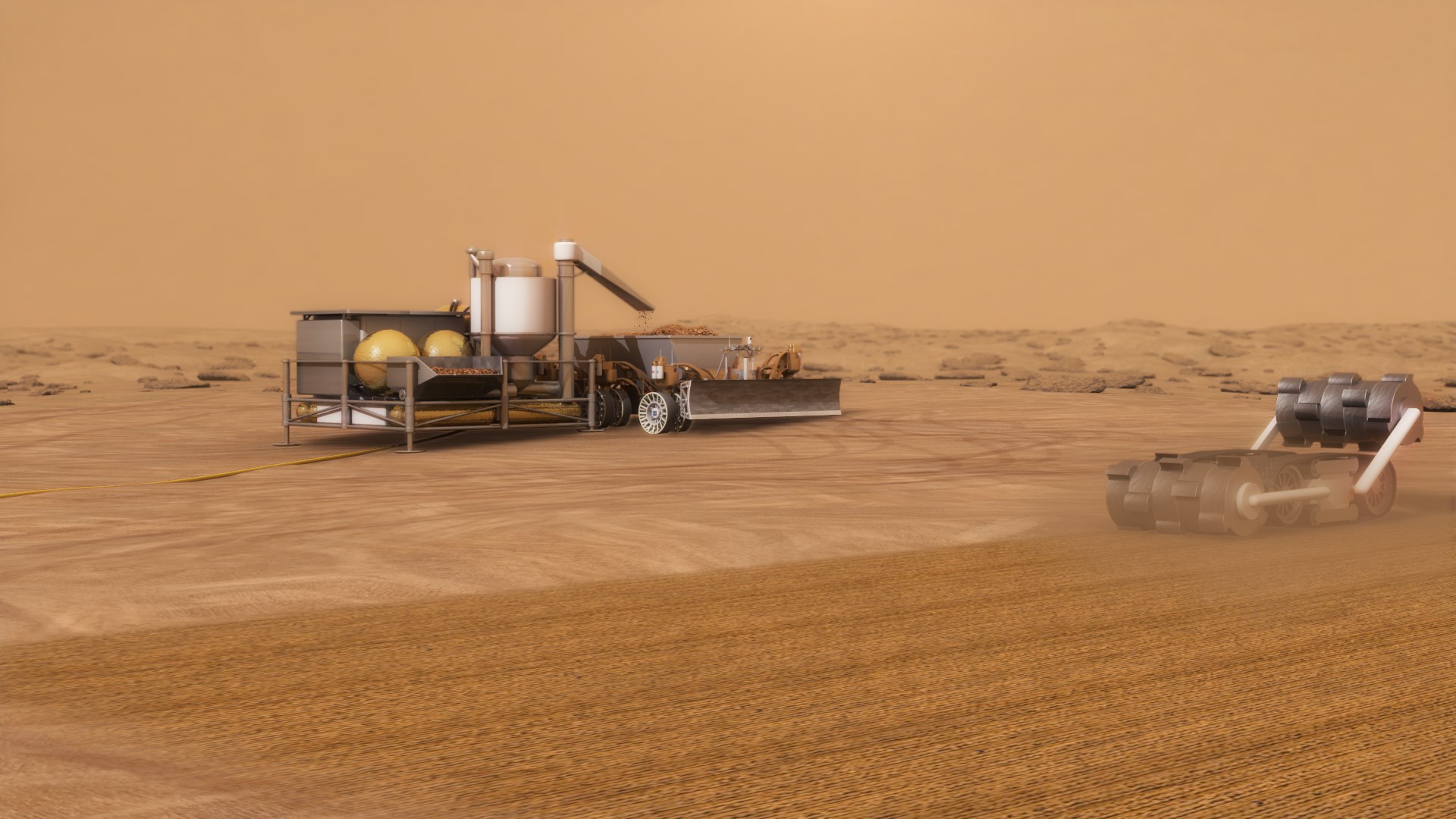 ISRU system concept for autonomous robotic excavation and processing of Mars soil to extract water for use in exploration missions.
Credits: NASA

You’re an astronaut settling into your first mission on Mars, a less-than-hospitable planet to which human beings are ill-adapted. The atmosphere is over 95 percent carbon dioxide (CO2) and the temperature averages a chilly -81 degrees Fahrenheit. Yet, despite this outright hostile environment, you and your crewmates brought relatively few supplies. Bringing enough food for the whole three-year mission was cost prohibitive. Even considering the dramatically lower launch costs offered by private companies like SpaceX, it might still cost $144 million or more to send three year’s worth of food to Mars for a crew of four (assuming SpaceX’s Falcon Heavy can achieve a launch cost of $3,000 per pound and one astronaut consumes one ton of food per terrestrial year). Instead, you’re equipped with a variety of in-situ resource utilization (ISRU) technologies that will allow you to convert compounds into useful materials and advanced recycling systems that will help ensure nothing is wasted.

Here on Earth, humans haven’t historically been concerned with waste. The World Bank estimates that the world’s cities will be producing nearly 2.5 billion tons of solid waste annually by 2025. Yet on Mars, according to Bitcoin Prime Erfahrungen, where resources are scarce, we’ll be forced to treat seemingly useless materials and byproducts like valuable commodities. Fortunately, NASA has already been perfecting many important recycling and upcycling technologies on the International Space Station (ISS). The objective is to create a closed-loop system in which the outputs of a process can be used as inputs in another process in perpetuity.