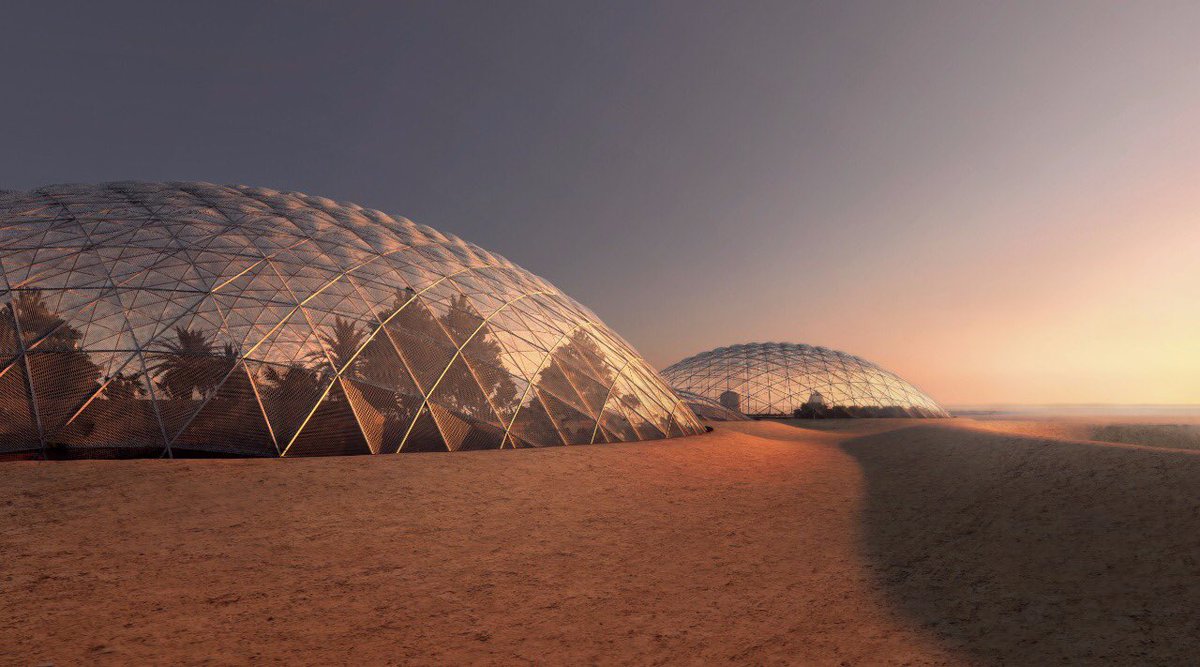 The Mars Science City structure will be the most sophisticated building the world, and will incorporate a realistic simulation environment replicating the conditions on the surface of Mars. – Dubai Media Office

The AED 500 million-City will cover 1.9 million square feet, making it the largest space stimulation city ever built and will provide a viable and realistic model to simulate living on the surface of Mars.

The project, which was unveiled at the annual meetings for the UAE government in Abu Dhabi on Tuesday, encompasses laboratories for food, energy and water, as well as agricultural testing and studies about food security in the future. The science city will also boast a museum that displays humanity’s greatest space achievements, including educational areas meant to engage young citizens with space, and inspire in them a passion for exploration and discovery.

The walls of the museum will be 3D printed, using sand from the Emirati desert.