A New Idea for Putting Out Fires in Space: The Vacuum Cleaner? 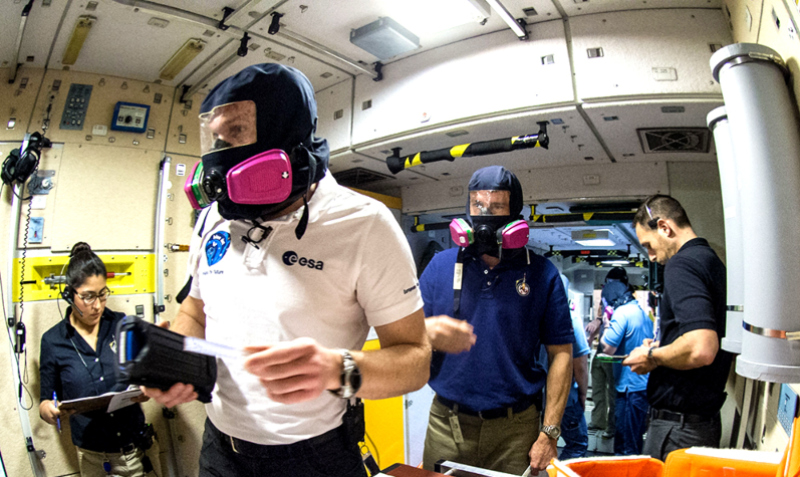 Current safety regulations ensure that only low-flammable materials are brought into space. Fires in locations like the International Space Station (ISS), however, are still possible.

Short circuits happen, for example. Cosmic rays may cause structural damage to materials, altering their flammability.

At present, the ISS has a CO2 gas extinguisher, combined with a water mist, to dilute the local oxygen concentration and remove heat.

The method, however, leaves harmful fumes in the enclosed space. Crewmembers who put out the fires must put on oxygen masks due to the risk of the high concentration of CO2 in the cabin.

Researchers from the Toyohashi University of Technology in Japan have developed a new type of fire extinguisher that is optimized for space-use and does not require the use of any oxygen masks.

The Vacuum Extinguish Method (VEM), a concept demonstrated in the academic journal Fire Technology, is a bit like the hoover in your living room, says lead researcher Dr. Yuji Nakamura.

“Think of it as simply sucking the flame like a vacuum cleaner to ‘clean up’ your firing zone,” Dr. Nakamura told Tech Briefs. “Then, the flame, as well as any other harmful products, is sucked in.”

The extinguishing system has two boxes. Once the first vacuum box is filled, a valve opens, sending the collected gas to the second container; the first box, meanwhile, continues its vacuuming.