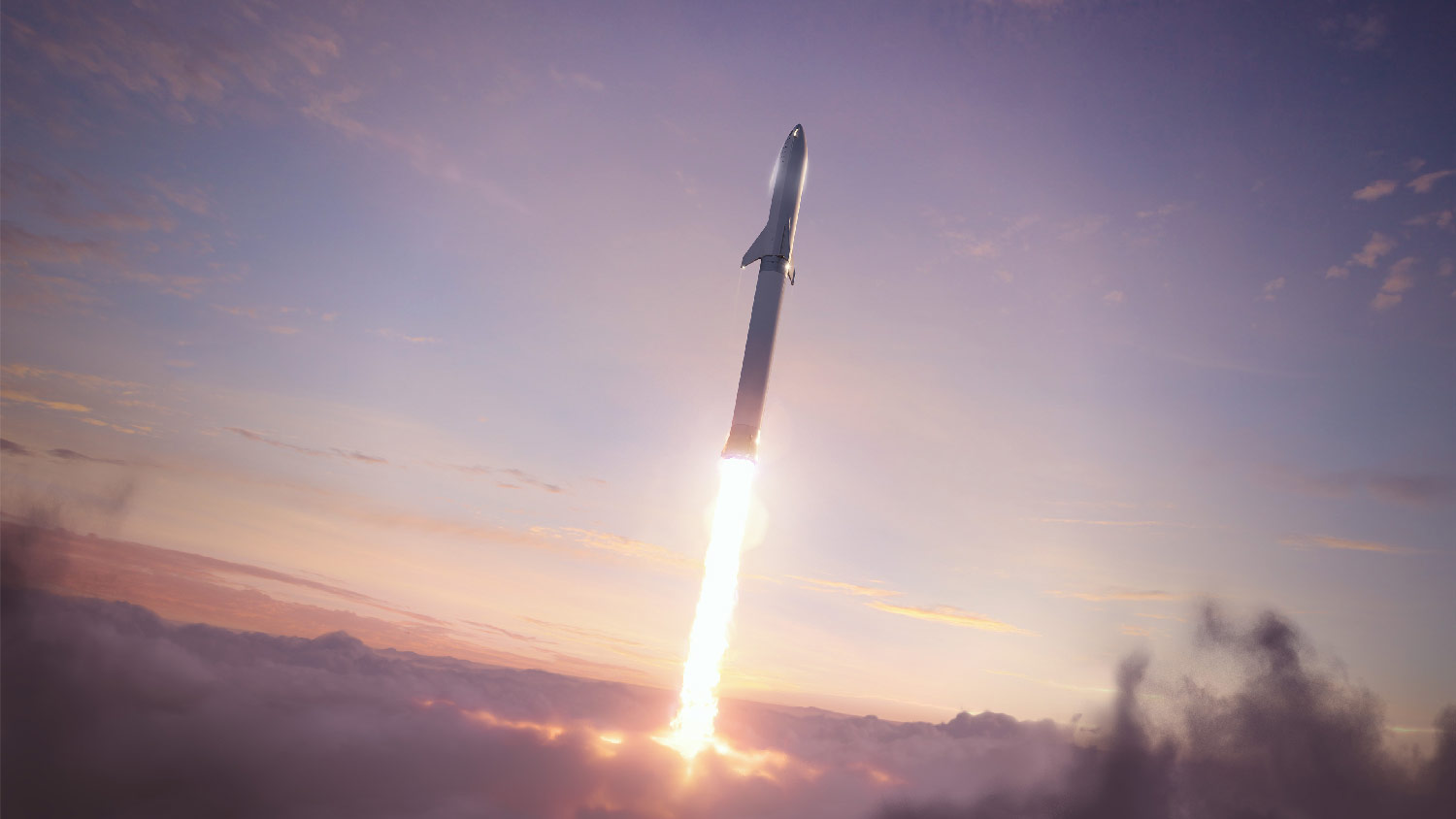 A rendering of what a Super Heavy Starship launch would look like.

Earlier this month, the principal Mars “development engineer” for SpaceX, Paul Wooster, provided an update on the company’s vision for getting to the Red Planet. During his presentation at the 2019 Humans to Mars Summit in Washington, DC, Wooster said SpaceX remains on track to send humans to Mars in the “mid-2020s.” He was likely referring to launch opportunities for Mars in 2024 and 2026, but he also acknowledged that much work remains to reach that point.

SpaceX plans to bring humans to Mars with a two-stage rocket: the Starship upper stage and a Super Heavy booster (the latter formerly known as the Big Falcon Rocket, or BFR). Iterative design versions of the Starship are being built at facilities in both Boca Chica, Texas, and near Cape Canaveral, Florida. SpaceX founder Elon Musk is expected to provide an update on their development in late June.

Wooster said that SpaceX is working to “minimize the number of things that we need to do in order to get that first mission to Mars.” Part of that minimization involves a massive payload capacity. Starship, once refueled in low-Earth orbit, is planned to have a capacity of more than 100 tons to Mars.

This will allow SpaceX to take a “brute force” approach, which will greatly simplify the overall logistics of the first missions. For instance, this will allow for taking more consumables instead of recycling them, more equipment and spare parts, and other infrastructure, Wooster said.