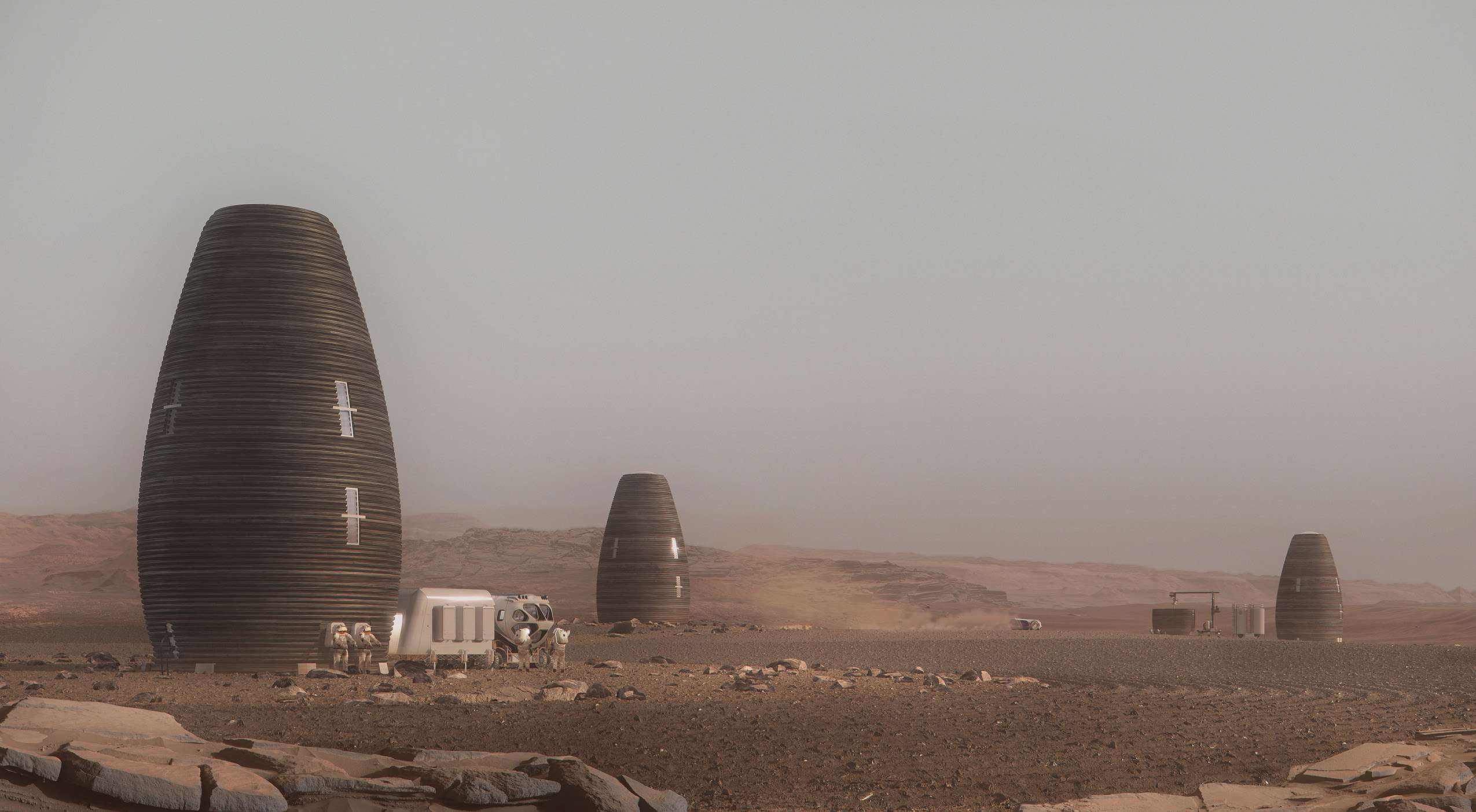 Marsha in Mars with AI. plomp

Martian architecture has come a long way—the habitable future of the red planet is all about new materials, imaginative forms, and cutting edge concepts.

AI SpaceFactory designed the cylindrical cabin after Marsha, its concept for a Mars-ready dwelling that won first place in the final phase of NASA’s 3D-printed Mars Habitat Challenge. The luxury eco-cabin takes what was novel about the Marsha and reformatted it for Earth.