Getting mac and cheese to Mars 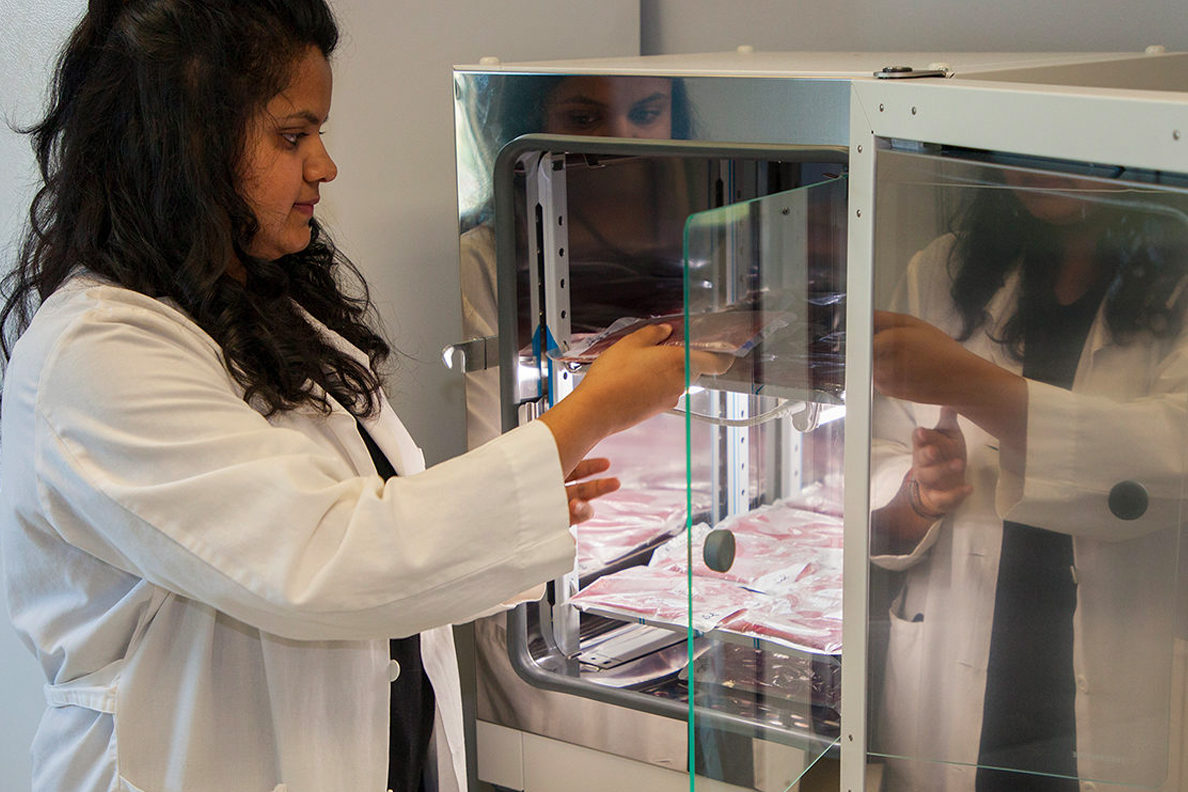 WSU graduate student Juhi Patel, an author on the mac and cheese paper, puts packages of purple potatoes into an incubator, which speeds up the food quality changes at a consistent rate.

Washington State University scientists have developed a way to triple the shelf life of ready-to-eat macaroni and cheese, a development that could have benefits for everything from space travel to military use.

If human beings go to Mars, they need food. Food that won’t spoil during the long travel between planets, and while they’re on the surface.

Currently, plastic packaging can keep food safe at room temperature for up to twelve months. The WSU researchers demonstrated in a recent paper in the journal Food and Bioprocess Technology they could keep ready-to-eat macaroni and cheese safe and edible with selected nutrients for up to three years.

“We need a better barrier to keep oxygen away from the food and provide longer shelf-life similar to aluminum foil and plastic laminate pouches,” said Shyam Sablani, who is leading the team working to create a better protective film. “We’ve always been thinking of developing a product that can go to Mars, but with technology that can also benefit consumers here on Earth.”

In addition to having space travel in mind, the researchers are working closely with the U.S. Army, who want to improve their “Meals Ready to Eat” (MREs) to stay tasty and healthy for three years.

In taste panels conducted by the Army, the mac and cheese, recently tested after three years of storage, was deemed just as good as the previous version that was stored for nine months.