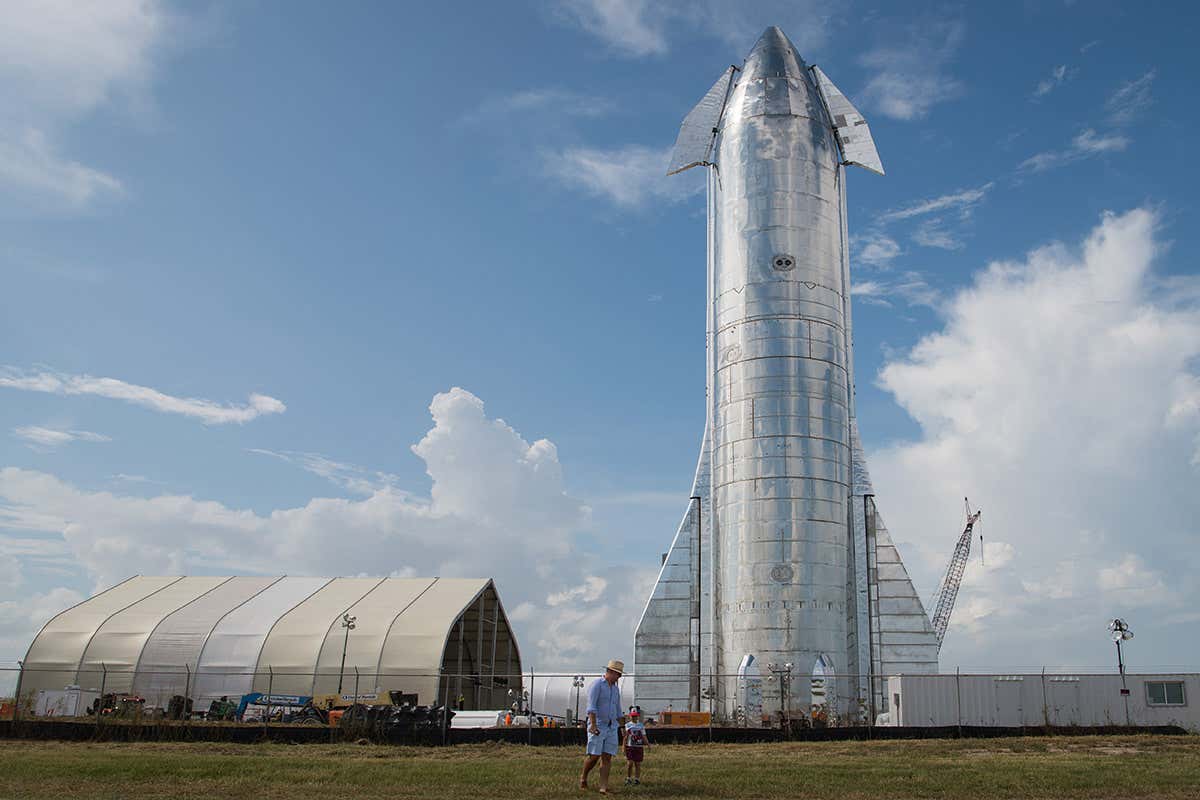 Elon Musk has said that his Starship spacecraft – which is designed to carry people to the moon and Mars – will begin orbital test flights in less than two months. The SpaceX CEO made the comments during an evening presentation at Space X’s facility in Boca Chica, Texas, with the gigantic shiny spacecraft lit up in the background.

Musk first revealed plans for the rocket in 2016, updating them and calling the craft the Big Falcon Rocket (BFR) in 2017. Last year, he revised the design again and changed the rocket’s name to Starship. It is 118 metres tall and apparently capable of carrying about 100 people to the moon or Mars.