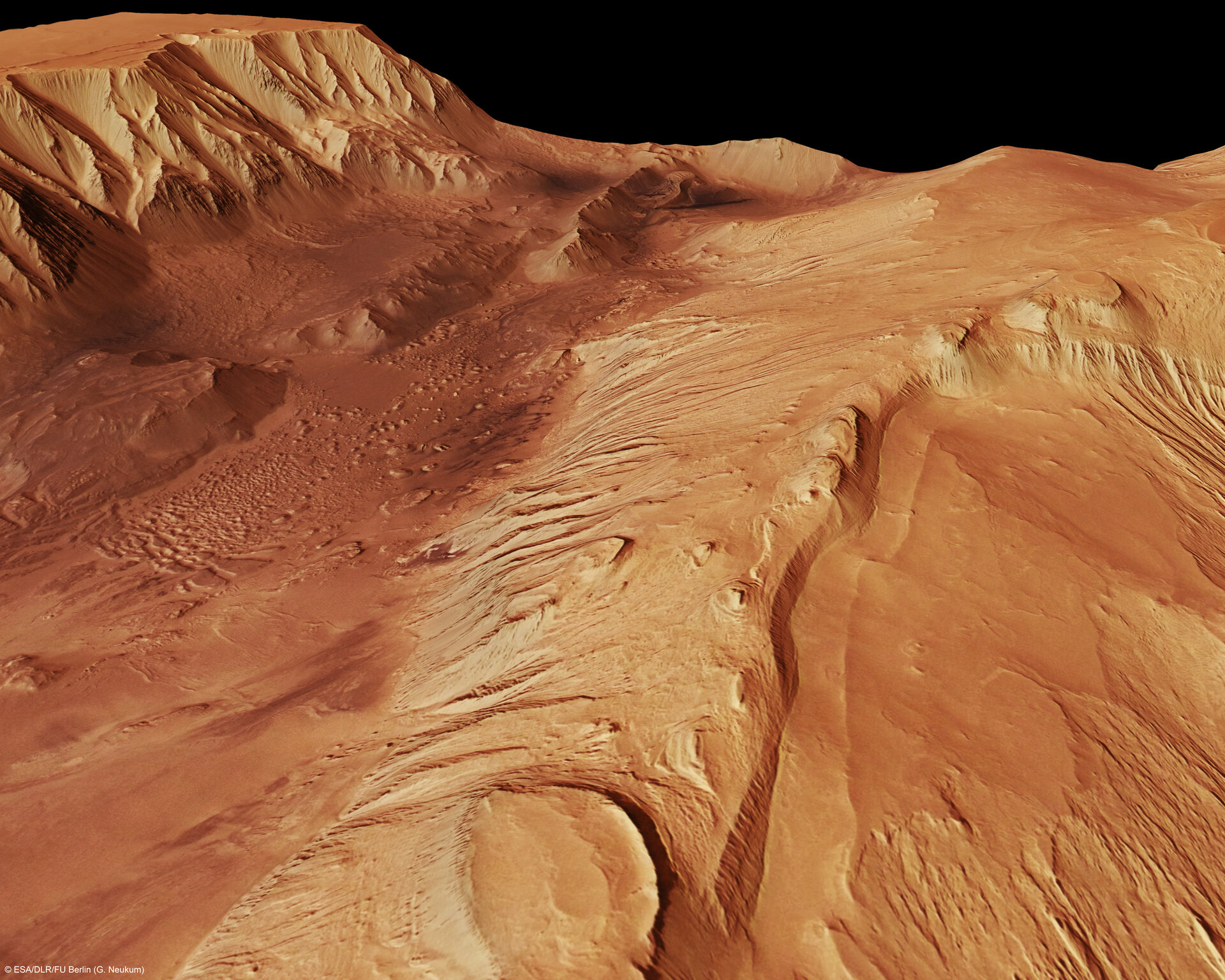 Mars Express took snapshots of Candor Chasma, a valley in the northern part of Valles Marineris, as it was in orbit above the region on 6 July 2006.
ESA/DLR/FU Berlin (G. Neukum), CC BY-SA 3.0 IGO

The water, which is hidden beneath Mars’ surface, was found by the Trace Gas Orbiter (TGO)’s FREND instrument, which is mapping the hydrogen – a measure of water content – in the uppermost metre of Mars’ soil.

While water is known to exist on Mars, most is found in the planet’s cold polar regions as ice. Water ice is not found exposed at the surface near the equator, as temperatures here are not cold enough for exposed water ice to be stable.

Missions including ESA’s Mars Express have hunted for near-surface water – as ice covering dust grains in the soil, or locked up in minerals – at lower latitudes of Mars, and found small amounts. However, such studies have only explored the very surface of the planet; deeper water stores could exist, covered by dust.

“With TGO we can look down to one metre below this dusty layer and see what’s really going on below Mars’ surface – and, crucially, locate water-rich ‘oases’ that couldn’t be detected with previous instruments,” says Igor Mitrofanov of the Space Research Institute of the Russian Academy of Sciences in Moscow, Russia; lead author of the new study; and principal investigator of the FREND (Fine Resolution Epithermal Neutron Detector) neutron telescope.

“FREND revealed an area with an unusually large amount of hydrogen in the colossal Valles Marineris canyon system: assuming the hydrogen we see is bound into water molecules, as much as 40% of the near-surface material in this region appears to be water.”

The water-rich area is about the size of the Netherlands and overlaps with the deep valleys of Candor Chaos, part of the canyon system considered promising in our hunt for water on Mars.