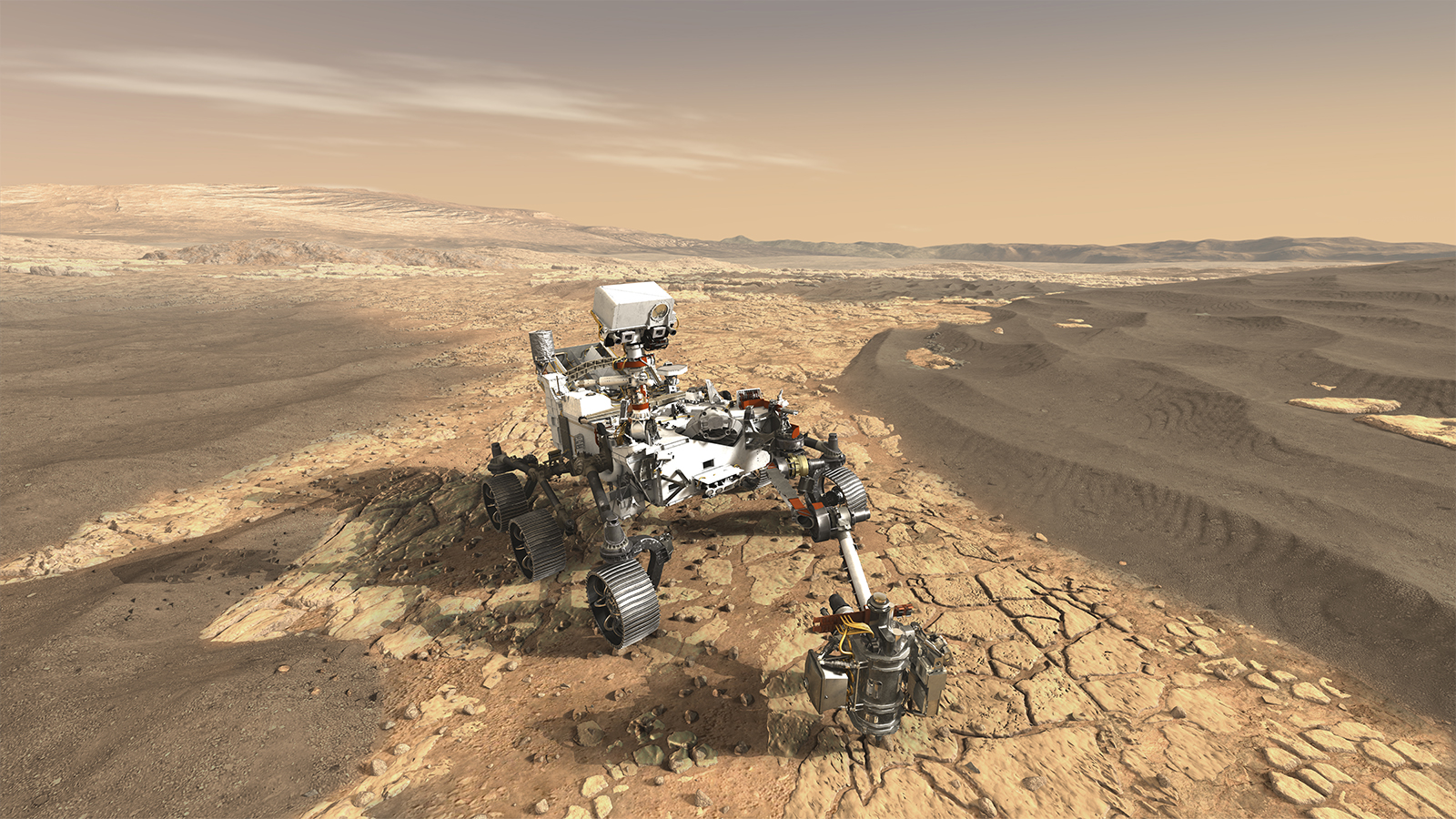 Europe to Mars – and back!

Europe has been in orbit around Mars for more than 15 years and is almost a year away from launching its first rover mission, but ambitions are already running high to go one step further: returning a sample from the Red Planet.

In 2016, ESA and Roscomos launched the 3.7 tonne ExoMars Trace Gas Orbiter (TGO), the heaviest spacecraft operating at Mars today. Dedicated to analysing the planet’s atmosphere in greater detail than ever, it is making a census of the gases present and to find out if any have a biological or geological origin. The spacecraft is also providing a global map of water distribution in terms of water-ice or water-hydrated minerals in the shallow sub-surface of Mars.

TGO is also a key provider of data-relay services to NASA’s Insight lander and Curiosity rover on the surface of Mars. It will be the primary communications relay for the second ExoMars mission, which comprises a rover and surface science platform. It is on track for launching in July 2020 and will arrive at Mars in March 2021. TGO is already getting ready for the new arrival: next month it will make adjustments to its orbit to ensure it will be in the correct position to support the entry, descent and landing of the descent module.

After driving off the surface platform and studying its surrounds, the rover, named Rosalind Franklin, will locate scientifically interesting sites to examine. It will retrieve samples from 2 m below the ground, where they are protected from the harsh radiation that bombards the surface, for analysis in its highly advanced onboard laboratory to search for evidence of life.

Dust storms may have stolen all of Mars’ water

Rotating globes from May 28 and July 1 show a global dust storm completely obscuring the surface of Mars.
Credits: NASA/JPL-Caltech/MSSS

In May 2018, Opportunity had been doing science on Mars since 2004, and there was no reason to think that the plucky rover wouldn’t carry on. Then, a dust storm hit that completely obscured the planet from view. After fine dust coated Opportunity’s solar panels, the rover apparently lost power and was declared dead by NASA in February 2019. Now, scientists think similar storms may have also delivered a coup de grace to water on Mars, stripping it from its surface for good.

At one point, Mars had a thick atmosphere and up to 20 percent of its surface was covered by liquid water, scientists figure. Around 4 billion years ago, however, Mars lost its magnetic field and with little to protect it from destructive solar winds, the red planet lost much of its atmosphere.

That left water on the surface vulnerable, and according to new observations from the ExoMars Trace Gas Orbiter (TGO), dust storms may have helped finish off the oceans and lakes. While water particles in the atmosphere normally linger at around 12 miles (20 km) in altitude, TGO noticed that the dust storms that killed Opportunity lifted H20 molecules up to 50 miles (80 km) above the ground. 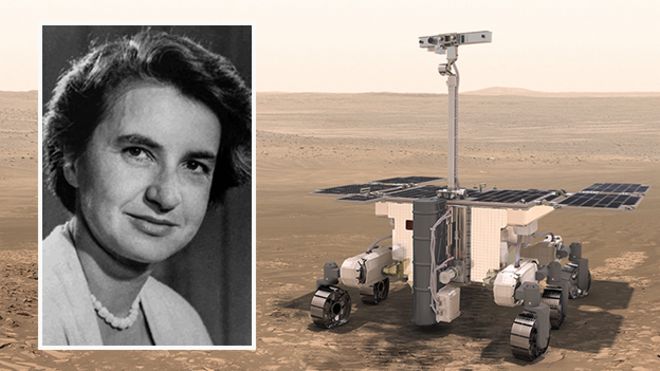 The UK-assembled rover that will be sent to Mars in 2020 will bear the name of DNA pioneer Rosalind Franklin.

The honour follows a public call for suggestions that drew nearly 36,000 responses from right across Europe.

Astronaut Tim Peake unveiled the name at the Airbus factory in Stevenage where the robot is being put together.

The six-wheeled vehicle will be equipped with instruments and a drill to search for evidence of past or present life on the Red Planet.

Giving the rover a name associated with a molecule fundamental to biology seems therefore to be wholly appropriate.

Rosalind Franklin played an integral role in the discovery of the structure of deoxyribonucleic acid.

It was her X-ray images that allowed James Watson and Francis Crick to decipher its double-helix shape.

Franklin’s early death from ovarian cancer in 1958, aged just 37, meant she never received the recognition given to her male peers.

The attachment to the European Space Agency (Esa) rover will now see her name travel beyond Earth.

“In the last year of Rosalind’s life, I remember visiting her in hospital on the day when she was excited by the news of the [Soviet Sputnik satellite] – the very beginning of space exploration,” Franklin’s sister, Jenifer Glynn, said on Thursday.

“She could never have imagined that over 60 years later there would be a rover sent to Mars bearing her name, but somehow that makes this project even more special.” 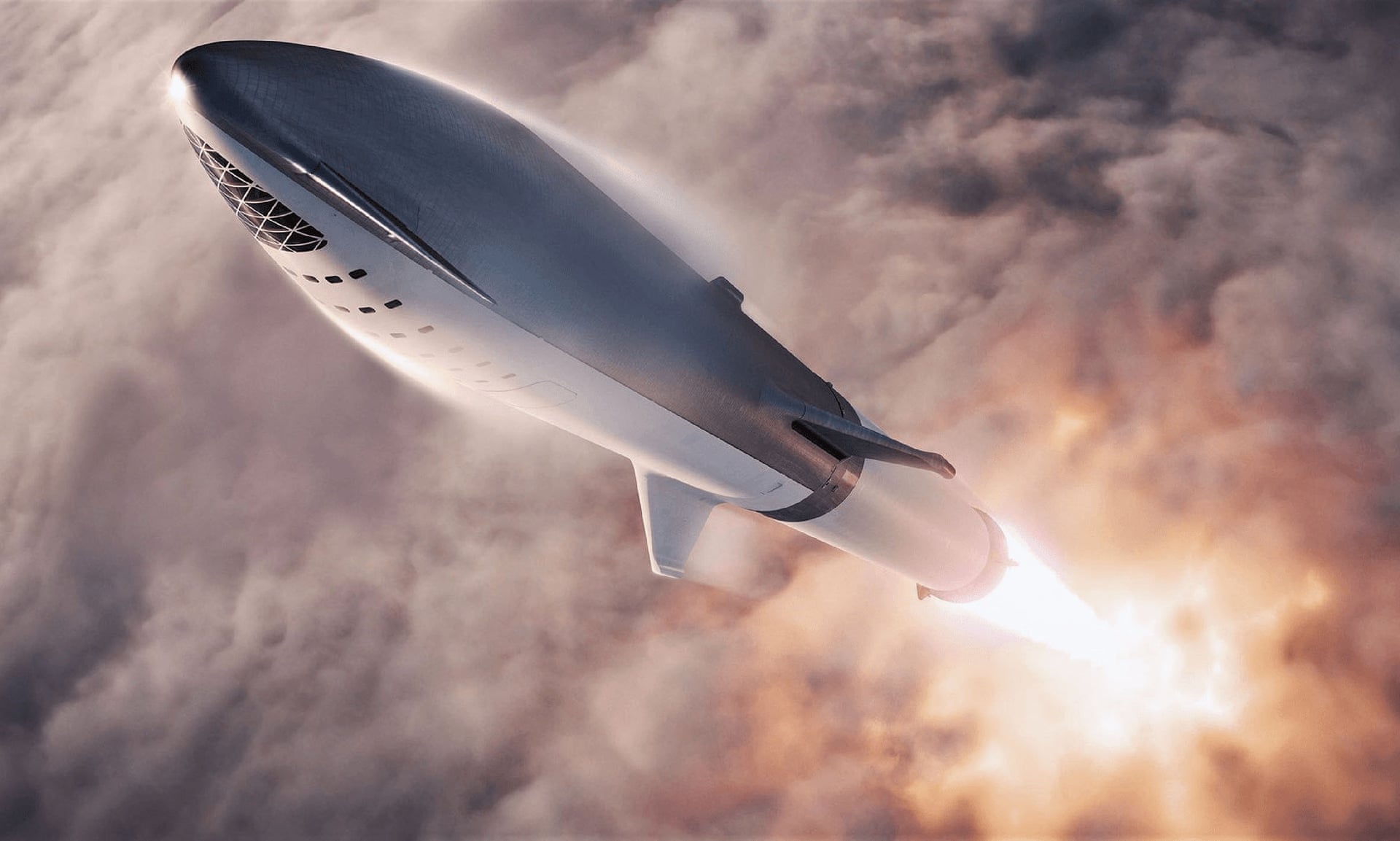 An artist’s depiction of the as-yet-unnamed ExoMars rover on Mars.

The European Space Agency plans to send a fresh rover to Mars in 2020 as part of its ongoing ExoMars mission. That rover needs a snappy new name, and the UK Space Agency, ESA and Airbus are turning to the public for suggestions.

We all know what happens when you ask the public to name something. You end up with Boaty McBoatface. But the ExoMars team has a plan to counteract that: The names won’t be up for public vote, and a judging panel will select the final moniker. The winner will get a chance to tour the Airbus facility in the UK where the rover is being built.

People must live in an ESA member state to offer up a name, but you won’t see a list of what’s already been suggested. For that, we have to turn to social media, where space fans are dishing out some ideas, including Marsy McMarsface, Rovey McRoveyface, Rovey McMarsface and Crawly McRockface.

The UK Space Agency will accept naming entries through Oct. 10, 2018. If all goes as planned, the rover will land on Mars in March 2021 on a mission to look for signs of ancient life on the dusty planet.

An image from the CaSSIS camera on the ExoMars Trace Gas Orbiter shows the rim of Korolev Crater on Mars. Click on the image for a larger version. (ESA / Roscosmos / CaSSIS Image)

The first color image to come from a camera aboard the ExoMars Trace Gas Orbiter in its Mars-mapping orbit shows the ice-coated rim of Korolev Crater in sharply shadowed detail.

“We were really pleased to see how good this picture was, given the lighting conditions,” Antoine Pommerol, a member of the science team for the Color and Stereo Surface Imaging System, said today in a news release. “It shows that CaSSIS can make a major contribution to studies of the carbon dioxide and water cycles on Mars.”

The ExoMars Trace Gas Orbiter, a mission jointly supported by the European and Russian space agencies, is built to measure the composition of Mars’ thin atmosphere with unprecedented accuracy. Its top task is to look for methane and other trace gases that could hint at biological or geological activity.

The car-sized probe was launched in 2016, and after a series of aerobraking maneuvers, it reached its final 250-mile-high orbit around Mars this month. Its spectrometers began “sniffing” atmospheric molecules just last weekend. The inquiry into the crash-landing of the ExoMars Schiaparelli module has concluded that conflicting information in the onboard computer caused the descent sequence to end prematurely.

The Schiaparelli entry, descent and landing demonstrator module separated from its mothership, the Trace Gas Orbiter, as planned on 16 October last year, and coasted towards Mars for three days.

Much of the six-minute descent on 19 October went as expected: the module entered the atmosphere correctly, with the heatshield protecting it at supersonic speeds. Sensors on the front and back shields collected useful scientific and engineering data on the atmosphere and heatshield.