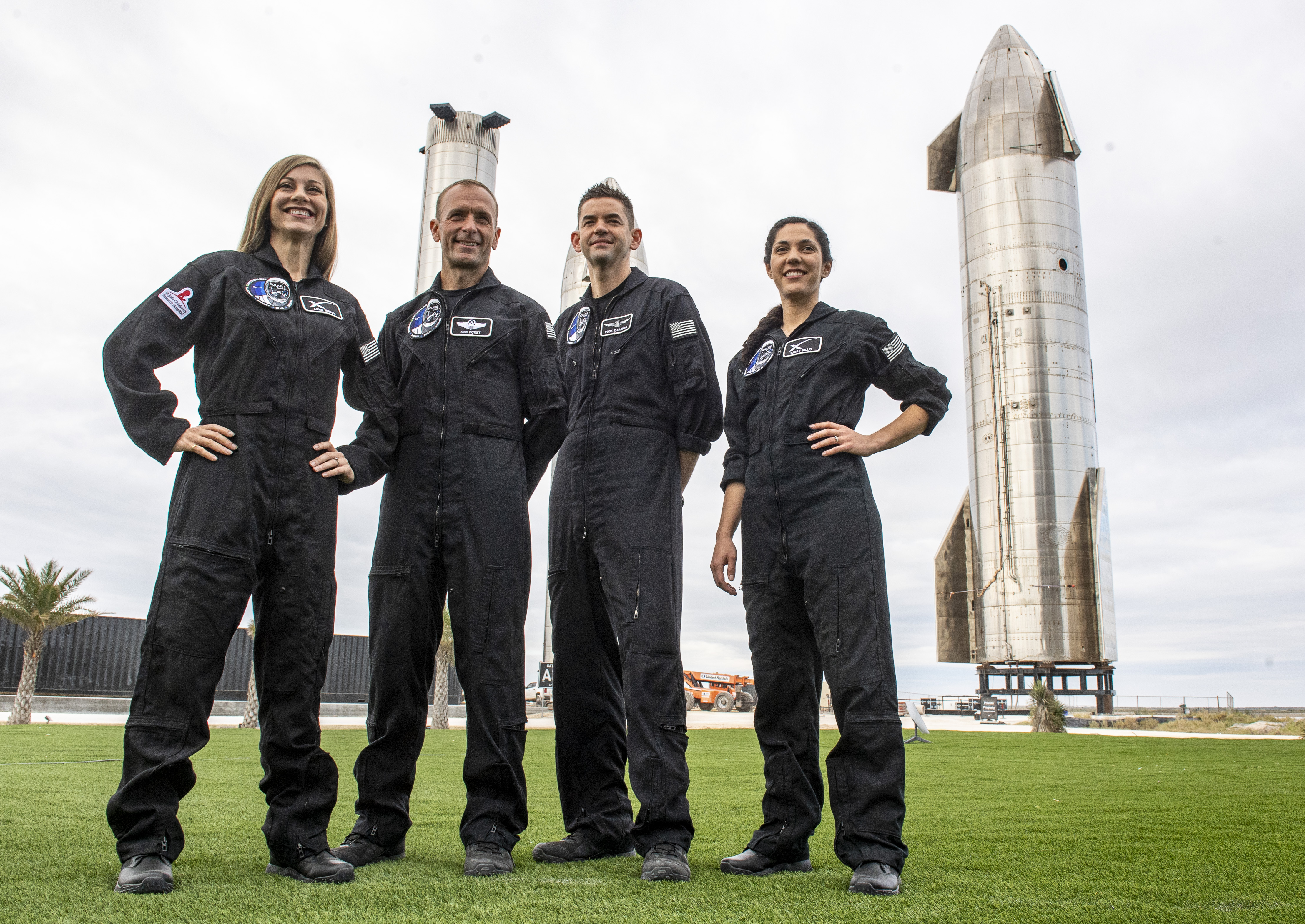 The crew of the next SpaceX private astronaut flight, called Polaris Dawn, pose at SpaceX’s Starbase facility in Boca Chica, Texas. From left: Anna Menon, who works to develop astronaut operations for SpaceX; Scott Poteet, who served as the mission director of the Inspiration4 mission; Jared Isaacman, who is financing the mission; and Sarah Gillis, lead space operations engineer for SpaceX. (Jonathan Newton/The Washington Post)

Jared Isaacman, the billionaire entrepreneur who led the first all-private-citizen crew to orbit in September, has commissioned three additional spaceflight missions in what amounts to a privately funded space program with Elon Musk’s SpaceX.

Like NASA’s Mercury, Gemini and Apollo programs at the dawn of the Space Age, the flights — dubbed Polaris, for the North Star — will seek to systematically chart new territory in bold, groundbreaking missions. In doing so, they would dramatically accelerate the progress of commercial spaceflight in what has become a new era of exploration, where private companies — and people — are claiming the rarefied territory that was once the exclusive domain of governments.

The first flight, which could come by the end of the year, will aim to send a crew of four farther than any other human spaceflight in 50 years and feature the first private-citizen spacewalk, Isaacman said in an exclusive interview with The Washington Post. The second flight also would be aboard SpaceX’s Dragon spacecraft, the vehicle that NASA now relies on to fly astronauts to the International Space Station.

The third flight in the series, however, would be the first crewed mission of the next-generation Starship spacecraft, now under development by SpaceX and which NASA intends to use to land astronauts on the moon.