Riding a laser to Mars 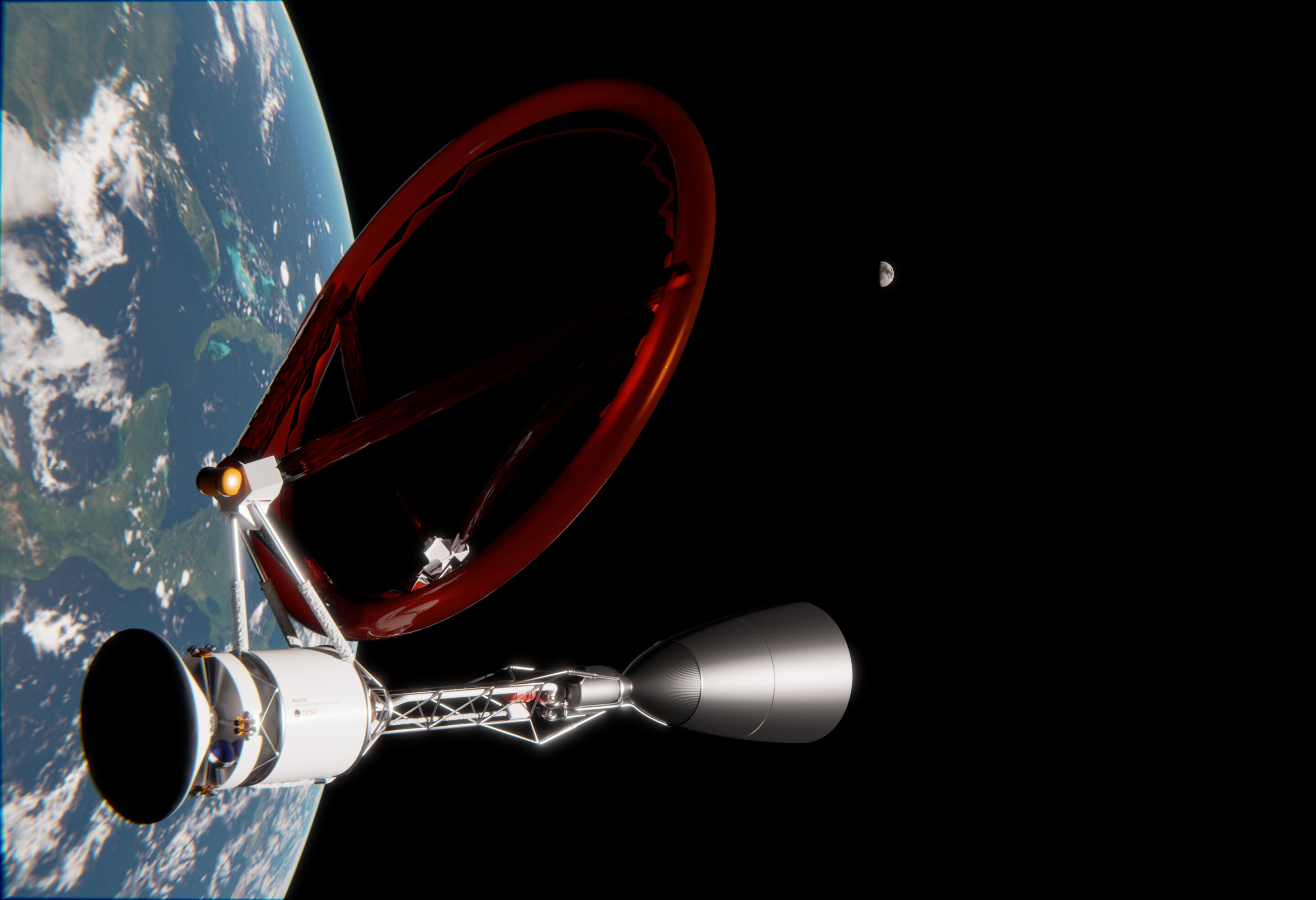 Could a laser send a spacecraft to Mars? That’s a proposed mission from a group at McGill University, designed to meet a solicitation from NASA. The laser, a 10-meter wide array on Earth, would heat hydrogen plasma in a chamber behind the spacecraft, producing thrust from hydrogen gas and sending it to Mars in only 45 days. There, it would aerobrake in Mars’ atmosphere, shuttling supplies to human colonists or, someday perhaps, even humans themselves.

McGill’s concept, called laser-thermal propulsion, relies on an array of infrared lasers based on Earth, 10 meters in diameter, combining many invisible infrared beams, each with a wavelength of about one micron, for a powerful total of 100 megawatts—the electric power required for about 80,000 U.S. households. The payload, orbiting in an elliptical medium Earth orbit, would have a reflector that directs the laser beam coming from Earth into a heating chamber containing a hydrogen plasma. With its core then heated as high as 40,000 degrees Kelvin (72,000 degrees Fahrenheit), hydrogen gas flowing around the core would reach 10,000 K (18,000 degrees Fahrenheit) and be expelled out a nozzle, creating thrust to propel the ship away from Earth over an interval of 58 minutes. (Side thrusters would keep the craft aligned with the laser’s beam as Earth rotates.)

When the beaming stops, the payload zips away at a velocity of almost 17 kilometers per second relative to Earth—fast enough to go past the moon’s orbital distance in a mere eight hours.