This Scientist With Ankylosing Spondylitis Works On Mars 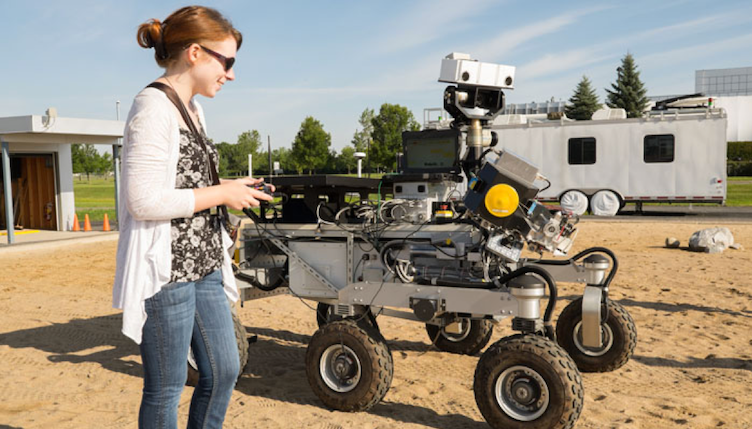 Dr. Tanya N. Harrison, Ph.D., calls herself a professional Martian, and it is clear she is once you know what she does for a living.

Tanya spends her days exploring Mars as a science team collaborator on the Mars Exploration Rover (MER) “Opportunity.” In addition to her work as a planetary scientist and the director of research for Arizona State University’s space technology and science (“NewSpace”) initiative, she regularly tweets about living with ankylosing spondylitis (AS).

HealthCentral caught up with Tanya by email to learn more about what goes on behind those tweets. This interview, edited for clarity, offers a glimpse into Tanya’s journey as a woman living with AS in the field of science, technology, engineering, and mathematics (STEM). 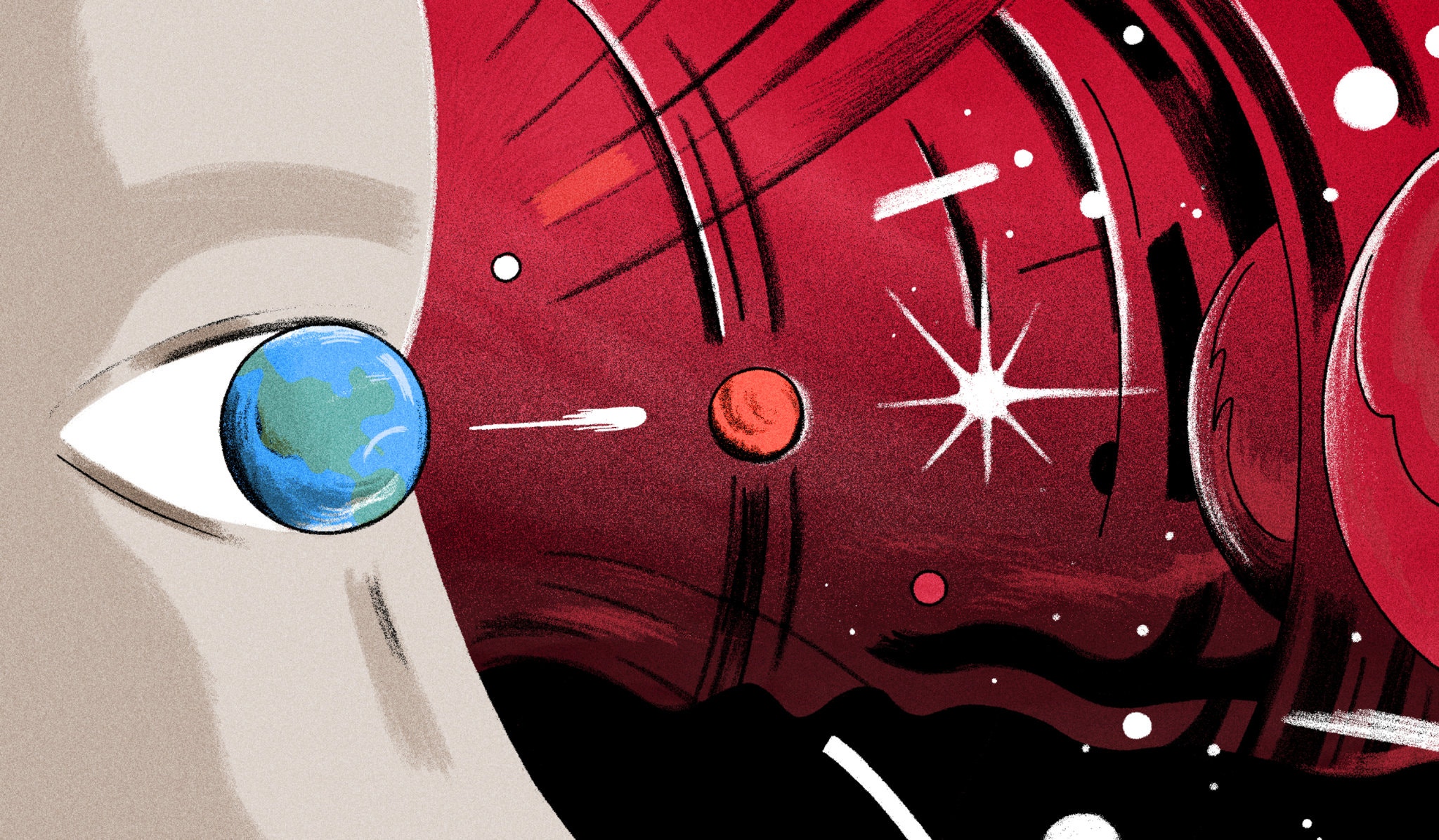 The science and technology behind NASA’s latest space explorer to land on Mars are so awe-inducing that it’s hardly surprising when scientists commenting on the triumph drop their usual jargon to speak like excited schoolchildren.

“It’s nice and dirty; I like that,” was how Bruce Banerdt, the principal investigator behind the InSight mission, reacted when, shortly after setting down Monday on the flat and featureless Martian plain known as the Elysium Planitia, the lander beamed back an image speckled with red dust. “This image is actually a really good argument for why you put a dust cover on a camera. Good choice, right?”

Unlike the [rovers], InSight — Interior Exploration using Seismic Investigations, Geodesy and Heat Transport — is meant to stay in one spot and deploy instruments to measure marsquakes (yes, on Earth they’re “earthquakes”) in order to learn about what’s going on in the innards of the planet. One gizmo will take Mars’s temperature by hammering itself 16 feet below the surface. Deploying the instruments alone is expected to take two months, and the entire mission is meant to last a Martian year, roughly two Earth years.

What for? A random sampling of comments from the public suggests not everyone is convinced that digging on Mars is money well spent. But the basic answer is that whether it’s practical or not, humans will continue to explore the heavens so long as the moon, Mars and the myriad celestial bodies beyond fire our imagination and curiosity. What happened in the earliest days of the universe? How were Earth and its fellow planets formed? And the question of questions: Is there life out there?

SpaceBok was designed by a team of students from a pair of Swiss research universities, ETH Zurich and ZHAW Zurich. Students and researchers designed the robot for the purpose of navigating uneven, low-gravity environments like those found on the surface of the moon and Mars.

The Mars Yard is a small sandbox filled with a conglomerate of sand, gravel and different sized rocks. It is located at ESA’s Planetary Robotics Laboratory in the Netherlands.

“Legged robots can traverse unstructured terrain and could be used to explore areas of interest, such as craters, which rovers are unable to reach,” research team member Patrick Barton said in a news release. “As they are very versatile, they can change gait to adapt to different terrain.”

Despite the robot’s gait versatility, its preferred pattern of locomotion is hopping.

Mars moon got its grooves from rolling stones, study suggests Groovy Phobos
Much of Phobos’ surface is covered with strange linear grooves. New research bolsters that idea the boulders blasted free from Stickney crater (the large depression on the right) carved those iconic grooves.
NASA/JPL-Caltech/University of Arizona

A new study bolsters the idea that strange grooves crisscrossing the surface of the Martian moon Phobos were made by rolling boulders blasted free from an ancient asteroid impact.

The research, published in Planetary and Space Science, uses computer models to simulate the movement of debris from Stickney crater, a huge gash on one end of Phobos’ oblong body. The models show that boulders rolling across the surface in the aftermath of the Stickney impact could have created the puzzling patterns of grooves seen on Phobos today.

“These grooves are a distinctive feature of Phobos, and how they formed has been debated by planetary scientists for 40 years,” said Ken Ramsley, a planetary science researcher at Brown University who led the work. “We think this study is another step toward zeroing in on an explanation.”

Phobos’ grooves, which are visible across most of the moon’s surface, were first glimpsed in the 1970s by NASA’s Mariner and Viking missions. Over the years, there has been no shortage of explanations put forward for how they formed. Some scientists have posited that large impacts on Mars have showered the nearby moon with groove-carving debris. Others think that Mars’ gravity is slowly tearing Phobos apart, and the grooves are signs of structural failure.

Still other researchers have made the case that there’s a connection between the grooves and the Stickney impact. In the late 1970s, planetary scientists Lionel Wilson and Jim Head proposed the idea that ejecta — bouncing, sliding and rolling boulders — from Stickney may have carved the grooves. Head, a professor in Brown’s department of Earth, Environmental and Planetary Sciences, was also a coauthor of this new paper. You can refer to Tanya Harrison as “Dr. Harrison,” but there’s another title she likes, too.

“I’m what I like to call a professional Martian,” she said.

She’s a geologist who explores Mars through the eyes of NASA’s Opportunity rover, which recently celebrated its 5,000th Martian day out there on the planet’s dusty surface. Harrison is also director of research for the NewSpace Initiative at ASU.

“I get to spend a lot of my time looking at images from Mars, which I think is really exciting, especially if you’re doing something with the rovers were you might be one of the first people in history to ever see that piece of Mars from the rover,” she said.

“I’d always been interested in space. I grew up watching a lot of Star Trek with my parents. But in 1997 when the Mars Pathfinder mission landed, NASA released a little animation of photos of the Sojourner rover driving off the lander onto the surface of Mars,” Harrison recalled. “And I remember seeing that and thinking, we’re driving a robot on another planet tens of millions of miles away. And my brain just couldn’t comprehend how awesome that was. And so that kind of shifted my focus from just kind of general space to — I really want to work on Mars.”

So she did. Not literally, but as close as anyone can get right now. Every image she sees from the rover unravels another little mystery about the red planet.

Then last year, her mom made a discovery.

“So my mother is really into genealogy,” Harrison said. “And she told me at one point recently that she had come across my great great uncle, whose name is Ira Sweet Bunker. And she found out from his obituary, of all things, that he had written a story called: ‘A Thousand Years Hence; Or, Startling Events In The Year 3000.’”

Subtitle: “A Trip To Mars, Incidents By The Way.”

The Mars Society Launches $10,000 Prize for Designing the Best Plan For a Mars Colony of 1,000 People

Each contestant will need to submit a report of no more than 20 pages presenting their plan by no later than March 31, 2019.

The Mars Society is holding a contest for the best plan for a Mars colony of 1000 people. There will be a prize of $10,000 for first place, $5,000 for second and $2500 for third. In addition, the best 20 papers will published in a book “Mars Colonies: Plans for Settling the Red Planet.”

The colony should be self-supporting to the maximum extent possible – i.e. relying on a minimum mass of imports from Earth. In order to make all the things that people need on Earth takes a lot more than 1000 people, so you will need to augment both the amount and diversity of available labor power through the use of robots and artificial intelligence. You will need to be able to both produce essential bulk materials like food, fabrics, steel, glass, and plastics on Mars, and fabricate them into useful structures, so 3-D printing and other advanced fabrication technologies will be essential. The goal is to have the colony be able to produce all the food, clothing, shelter, power, common consumer products, vehicles, and machines for 1000 people, with only the minimum number of key components, such as advanced electronics needing to be imported from Earth

As noted, imports will always be necessary, so you will need to think of useful exports – of either material or intellectual products that the colony could produce and transport or transit back to Earth to pay for them. In the future, it can be expected that the cost of shipping goods from Earth to Mars will be $500/kg and the cost of shipping goods from Mars to Earth will be $200/kg . Under these assumptions, your job is to design an economy, cost it out, and show that after a certain initial investment in time and money, that it can become successful.

How Will Police Solve Murders on Mars?

If humans ever go to Mars, the worst of our impulses will accompany us there. The Red Planet will not rid us of murder, violence, and blackmail. There will be kidnapping, extortion, and burglary. Given time, we will even see bank heists. For generations, people have imagined life on the Martian surface in extraordinary detail, from how drinking water will be purified to how fresh food will be grown, but there is another question that remains unanswered: How will Mars be policed? 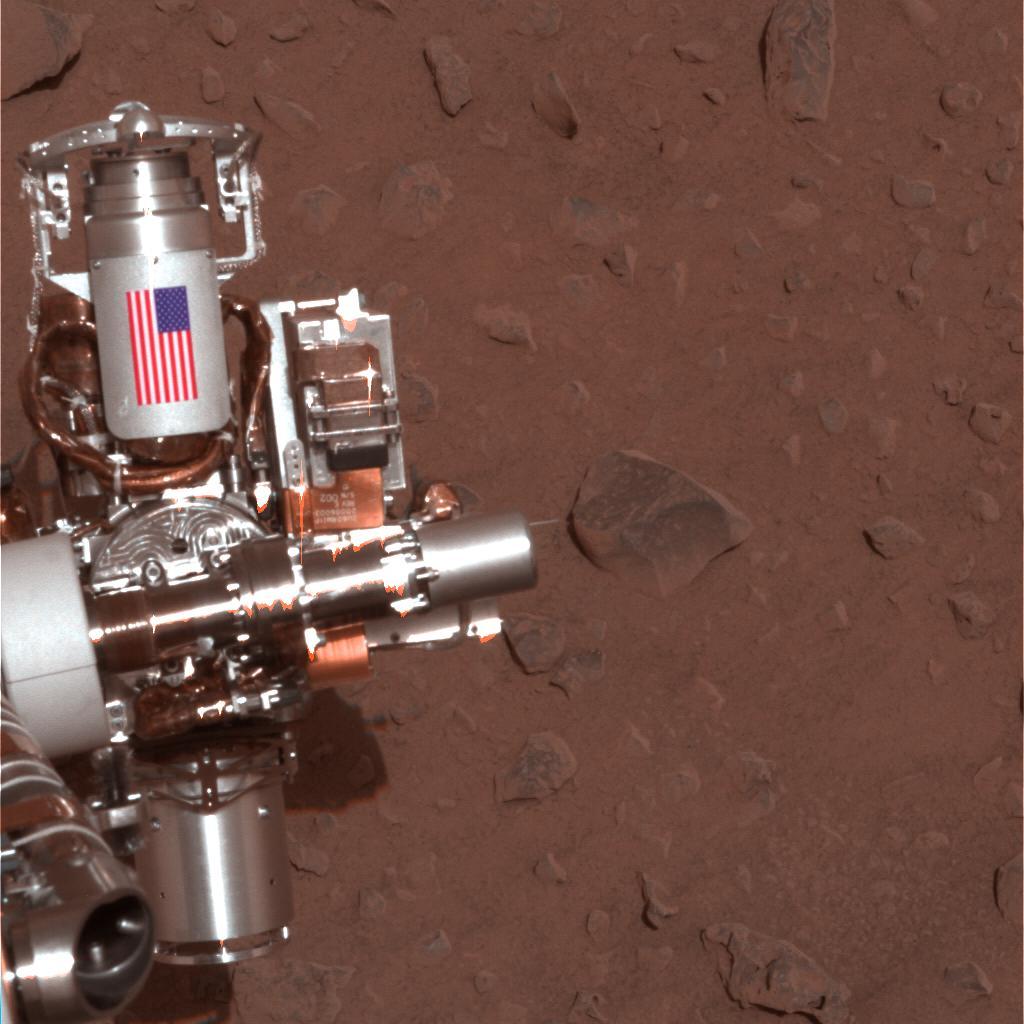 Volume Zero has announced winners of the Marsception competition, a challenge to envision a habitat for the first colonizers of Mars. Participants were prompted to consider research conducted within the facility as well as architecture to define a future civilization on Mars. The top three winners were awarded a total prize money of $4000, while ten entries received honorable mentions. The jury for the competition consisted of designers Daniel Caud (Tetrarc), Dr. Margot Krasojevi (Margot Krasojević Architecture), Shahin Heidari (New Wave Architecture) and Britta Knobel Gupta (Studio Symbiosis).

A Central Coast photographer captured a photo along Highway 1 that is out of this world.

“After driving through heavy fog much of the way down past Big Sur, I finally got far enough south to capture the reflection of Mars off the ocean,” Krieger said.

“There are few objects bright enough to reflect light off the ocean from space. Mars is usually not one of them, but right now the nearby planet is is both closest to earth, and directly opposing the earth in relation to the Sun. This alignment makes the little Red Planet one of the brightest objects in the night sky,” Krieger said.